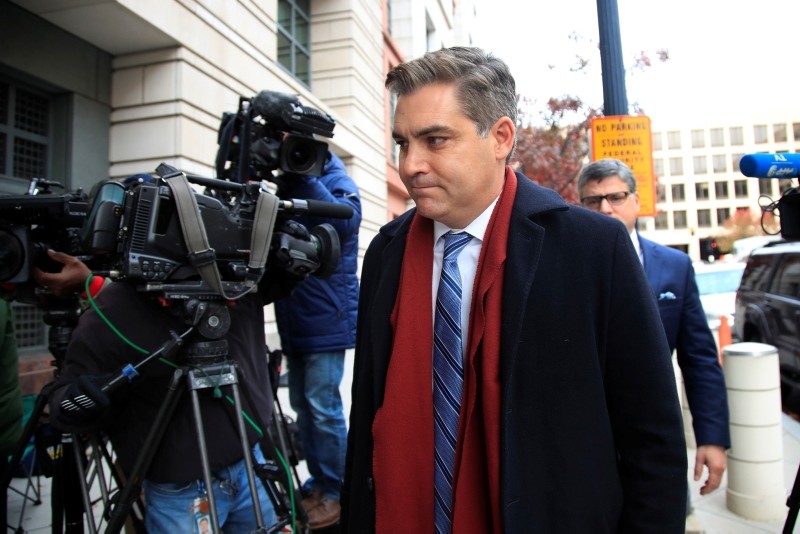 A U.S. judge on Friday temporarily restored White House press credentials to CNN correspondent Jim Acosta, which were revoked following a contentious press conference with President Donald Trump, saying there should be a due process in place for limiting a journalist's access to the White House.

U.S. District Judge Timothy Kelly, who is hearing CNN's lawsuit challenging to the revocation, ordered the White House to restore Acosta's press pass while the case is pending.

The judge said the due process rights of the reporter were likely violated and the fuller arguments of the case will be handled further in the future.

The case in Washington stemmed from the White House last week taking away Acosta's pass to the building, after he got into a heated exchange with Trump and then refused to return the microphone to a staffer.

Major media outlets in the U.S., ranging from Fox News to liberal outlets like Buzzfeed, all backed CNN's appeal to the district court.

Trump has a history of tensions with CNN and Acosta. The president often slams the network for carrying unflattering coverage which he dubs "fake news," and slamming such broadcasts as the "enemy of the people."

The White House has defended its actions saying CNN has about 50 credentialed reporters and that the move against Acosta was merited. However, lawyers for the administration have gone further, arguing it can chose whom to accredit based on its own criteria.

The judge told attorneys to file additional court papers in the case by Monday.

"Let's go back to work!" Acosta said outside the courthouse after the ruling.

Trump has made his dislike of CNN clear since before he took office and continuing into his presidency. He has described the network as "fake news" both on Twitter and in public comments.

At last week's press conference, which followed the midterm elections, Trump was taking questions from reporters and called on Acosta, who asked about Trump's statements about a caravan of migrants making its way to the U.S.-Mexico border. After a terse exchange, Trump told Acosta, "That's enough," several times while calling on another reporter.

Acosta attempted to ask another question about special counsel Robert Mueller's Russia investigation and initially declined to give up a hand-held microphone to a White House intern. Trump responded to Acosta by saying he wasn't concerned about the investigation, calling it a "hoax," and then criticized Acosta, calling him a "rude, terrible person."

The White House explanations for why it seized Acosta's credentials have shifted over the last week.

Sanders initially explained the decision by accusing Acosta of making improper physical contact with the intern seeking to grab the microphone.

But that rationale disappeared after witnesses backed Acosta's account that he was just trying to keep the microphone, and Sanders distributed a doctored video that made it appear Acosta was more aggressive than he actually was. On Tuesday, Sanders accused Acosta of being unprofessional by trying to dominate the questioning at the news conference.