US will hold Khashoggi killers to account, VP Pence says 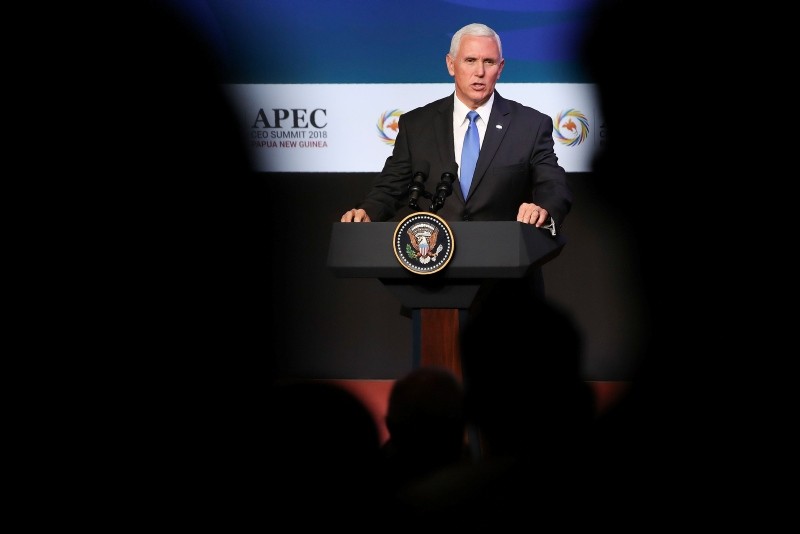 Vice President Mike Pence vowed Saturday the United States would hold the murderers of Jamal Khashoggi to account, following media reports that the CIA had concluded the Saudi Crown Prince was behind the journalist's killing.

"The United States is determined to hold all of those accountable who are responsible for that murder," Pence said on the sidelines of an APEC summit in Papua New Guinea.

Pence described the Saudi journalist's killing as an "atrocity" and an "affront to a free and independent press" but declined to comment on classified information.

The vice president's comments come after reports that the CIA believed the powerful Crown Prince Mohammed bin Salman was involved in the plot to murder the journalist.

If confirmed, the U.S. assessment would directly contradict the conclusions of a Saudi prosecutor a day earlier, which exonerated the prince of involvement in the brutal murder.

And it would threaten to further fray relations between Washington and key ally Riyadh, which has sought to end discussion of the murder and rejected calls for an international investigation.

"We are going to follow the facts," said Pence.

But he also added the U.S. wanted to find a way of preserving a "strong and historic partnership" with Saudi Arabia.