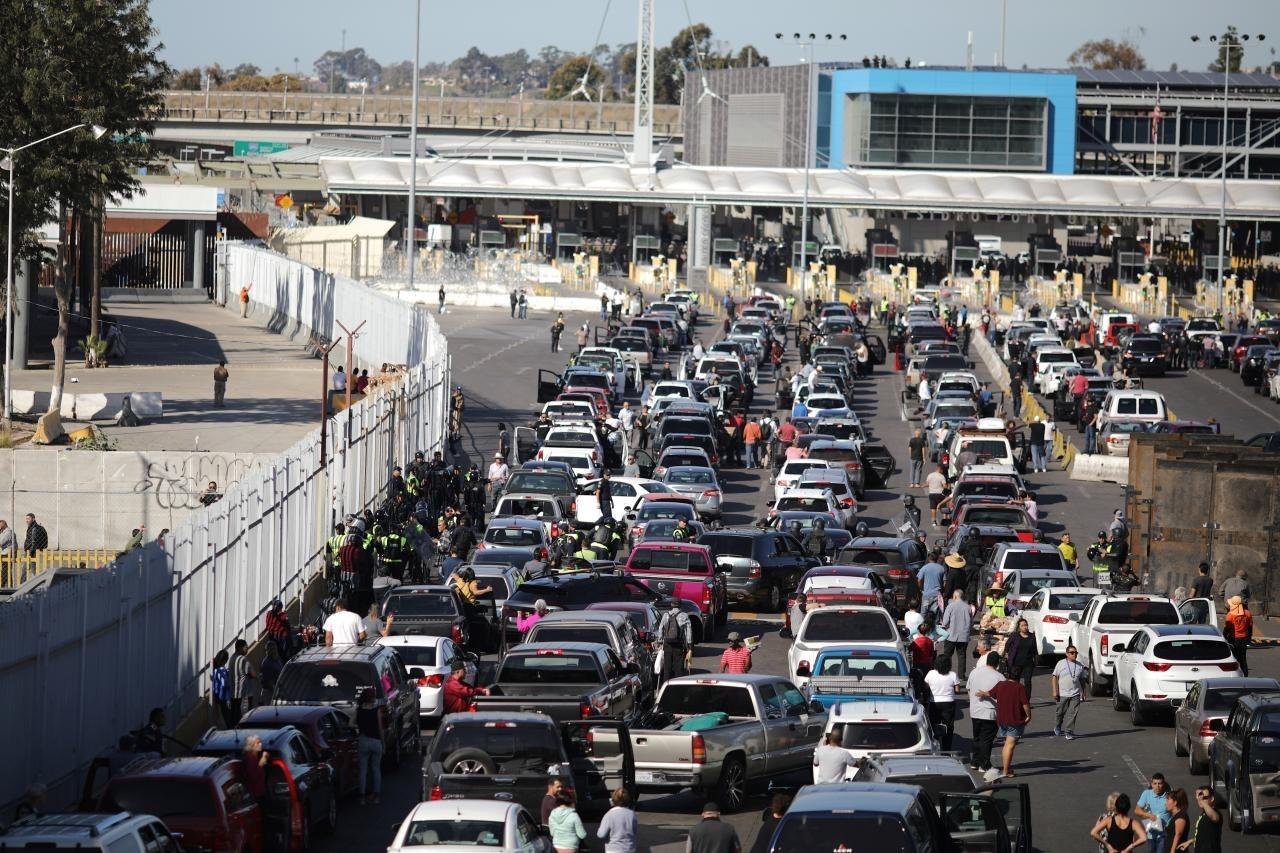 The San Ysidro border crossing between the U.S and Mexico is closed to prevent a caravan of thousands traveling from Central America from crossing, in Tijuana, Mexico November 25, 2018. (Reuters Photo)
by reuters
Dec 28, 2018 12:00 am
President Donald Trump threatened on Friday to close the U.S. southern border if Congress does not agree to provide $5 billion in taxpayer funds for his border wall, widening a dispute that has already closed portions of the federal government.

With "non-essential" operations at numerous agencies shut down for lack of funding and Congress adjourned until next week, Trump was in the White House firing off angry tweets.

"We will be forced to close the Southern Border entirely if the Obstructionist Democrats do not give us the money to finish the Wall & also change the ridiculous immigration laws that our Country is saddled with," Trump said.

"Either we build (finish) the Wall or we close the Border," he added.

The Republican president also reiterated threats to cut off all U.S. aid to Honduras, Guatemala and El Salvador, which he said were doing nothing to stop the flow of migrants toward the United States.

The standoff in Washington over Trump's demand for money to help fund the border wall, estimated to cost about $23 billion in total, was widely expected to drag well into January.

"Of course we will always defend our sovereignty ... We will always protect migrants, defend their human rights," he said.

A spokesman for U.S. Senate Democratic leader Chuck Schumer said on Thursday that Republicans and Democrats were still very far apart in efforts to resolve the partial government shutdown, which started on Saturday.

Democrats have offered support for $1.3 billion in funding for general border security, but have long opposed the building of a wall.

According to a Reuters/Ipsos poll released on Thursday, 47 percent of Americans hold Trump responsible for the shutdown, while 33 percent blame Democrats in Congress.

In television interviews on Friday, Trump aides sought to blame Democrats for the continuing shutdown. They singled out Nancy Pelosi, who is set to become the speaker of the House of Representatives next week, when the Democrats will take over majority control of the House.

"Nancy Pelosi is only looking to protect her speakership but not protect our borders and that's why she's unwilling to negotiate with us and unwilling to make any type of a deal and unwilling to help do what is necessary," White House spokeswoman Sarah Sanders said on the CBS "This Morning" program.

Acting White House chief of staff Mick Mulvaney told Fox News Channel: "Where is Chuck Schumer? Where is Nancy Pelosi? They're not even talking right now."

Trump, who scrapped plans to spend Christmas in his Mar-a-Lago resort in Florida and stayed in Washington due to the shutdown, had now also canceled his New Year's plans, Mulvaney said.

The shutdown affects about 800,000 employees of the Departments of Homeland Security, Justice, Agriculture, Commerce, and other agencies.

Most of the federal government, which directly employs almost 4 million people, is unaffected. Even agencies that are affected never totally close, with workers deemed "essential" still performing their duties.