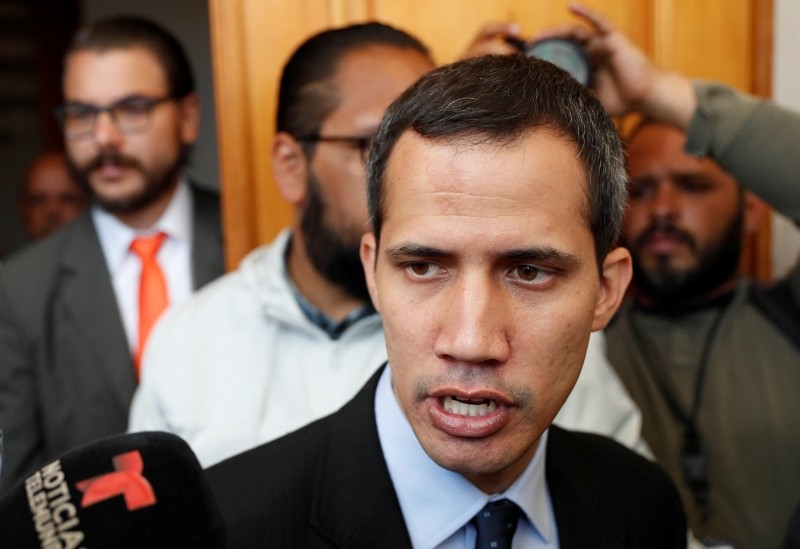 Venezuela's Attorney General Tarek Saab said on Tuesday that he asked the Supreme Court to open a preliminary investigation against the self-proclaimed interim president Juan Guaido.

The official also said that he also asked the Court to prohibit Guaido from leaving the country and freeze his bank accounts.

As a lawmaker, who also heads the National Assembly, Guaido has immunity from criminal investigation which can only be removed by a high court.

The move comes after the Trump administration sanctioned Venezuela's state-owned oil company, ratcheting up pressure on socialist President Nicolas Maduro to cede power to the U.S.-backed opposition in the oil-rich nation in South America.

The action means Maduro's embattled government would lose access to one of its most important sources of income and foreign currency along with around $7 billion in assets of the state-owned company, Petroleos De Venezuela S.A.

Hours after the White House announced the sanctions, Maduro went on state TV and called the U.S. action "immoral, criminal." In words directed at President Donald Trump, he said, "Hands off Venezuela!"