Trump says US should recognize Israel's sovereignty over Golan Heights 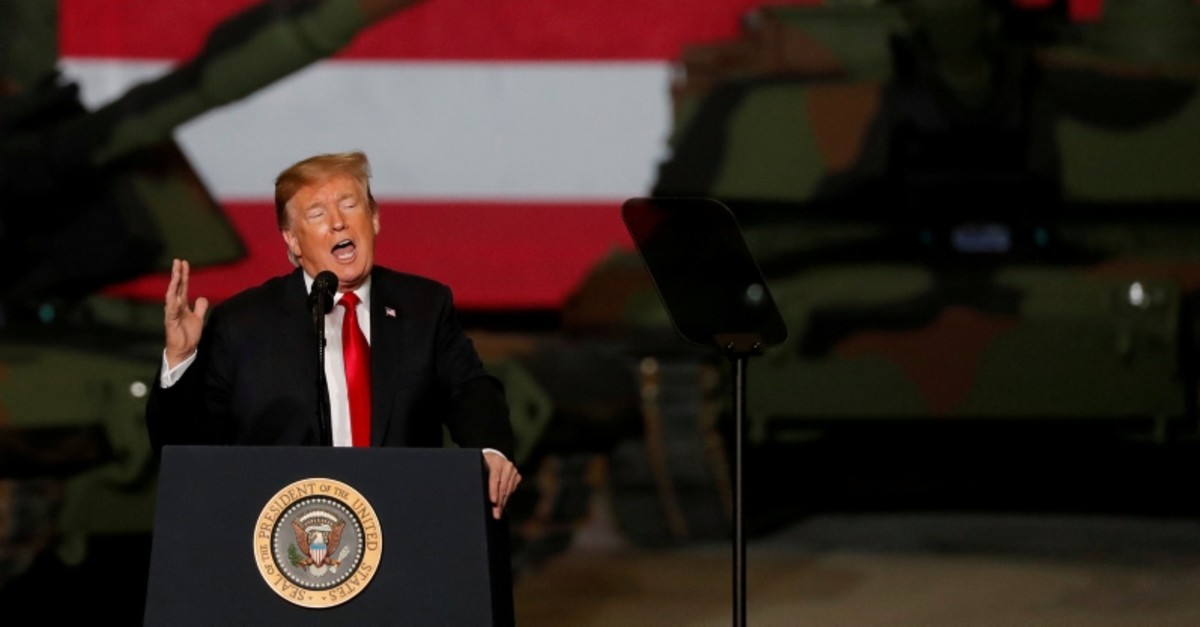 President Donald Trump on Thursday announced the United States should recognize Israeli sovereignty over the Golan Heights, an area seized from Syria and annexed in a move never recognized by the international community.

"After 52 years it is time for the United States to fully recognize Israel's Sovereignty over the Golan Heights," Trump said in a tweet.

Trump called the territory "of critical strategic and security importance to the State of Israel and Regional Stability!"

Trump's comments come as Secretary of State Mike Pompeo is in Israel and a week ahead of Israeli Prime Minister Benjamin Netanyahu's visit to Washington to visit the White House and address the AIPAC lobby's annual meeting.

Netanyahu, who faces an election in Israel on April 9, has been pressing for the United States to recognize its claim to sovereignty over the Golan Heights.

Minutes after Trump's tweet, Israeli Prime Minister Benjamin Netanyahu tweeted his appreciation. "At a time when Iran seeks to use Syria as a platform to destroy Israel, President Trump boldly recognizes Israeli sovereignty over the Golan Heights. Thank you President Trump!"

In addition to its policies toward the Palestinians, the U.S. has taken a hard line toward Iran, much to Netanyahu's delight.

Israel captured much of the Golan from Syria in a 1967 war and annexed it, a move not endorsed internationally. Netanyahu raised the possibility of U.S. recognition in his first White House meeting with Trump in February 2017.

After an eight-year civil war, peace talks with Israel are unlikely anytime soon. Throughout the war, Israel has carried out scores of airstrikes in Syria to prevent Iran from establishing a permanent military presence there.