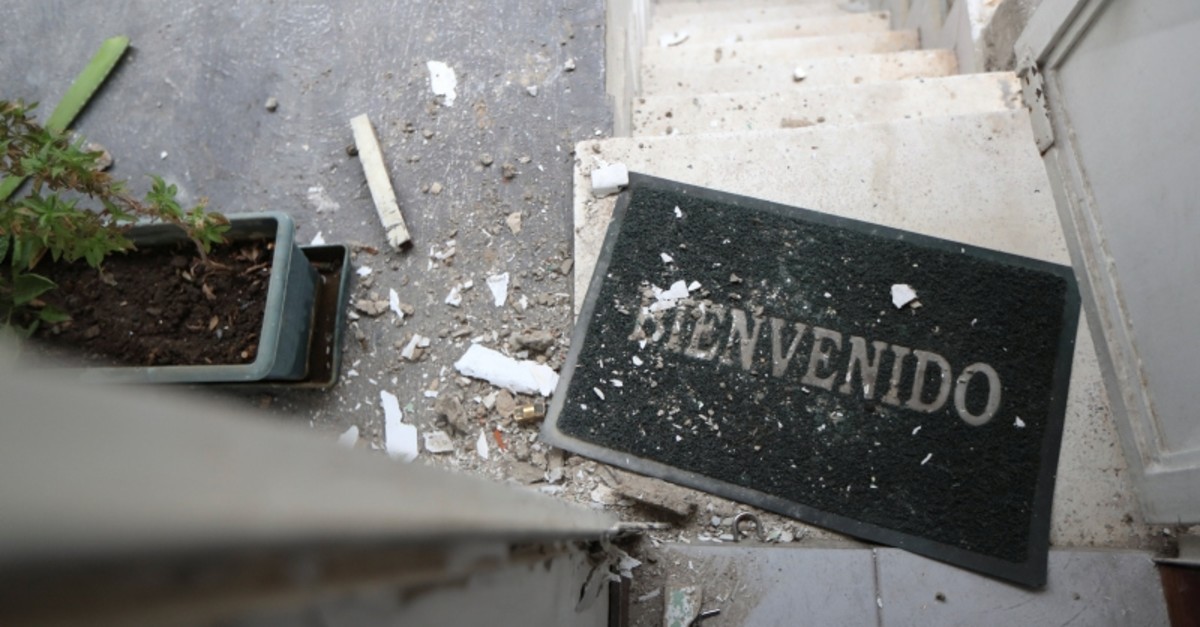 Damage is seen at the residence of Roberto Marrero, chief of staff to opposition leader Juan Guaido, after he was detained by Venezuelan intelligence agents, according to legislators, in Caracas, Venezuela, March 21, 2019. (Reuters Photo)
by Compiled from Wire Services Mar 21, 2019 3:44 pm

Lawyer Roberto Marrero was taken by intelligence agents in the overnight operation in Caracas, said lawmaker Sergio Vergara, whose nearby residence was also searched. Vergara said he was woken up by heavy banging at his door and agents pointed weapons at him.

Vergara and Marrero both accompanied Guaido on a recent Latin American tour to build international support for his efforts to oust President Nicolas Maduro. Marrero heads the office of Guaido, who is leader of Venezuela's National Assembly.

"We don't know where he is. He should be freed immediately," Guaido tweeted.

The U.S.-backed opposition leader, who had defied a travel ban to leave the country, returned to Venezuela on March 4. The United States had warned the Venezuelan government against taking action against Guaido, who has staged frequent demonstrations in an attempt to remove Maduro.

The U.S. demanded that Venezuela immediately release Marrero and vowed to hold accountable those involved in the arrest.

"We call for his immediate release. We will hold accountable those involved," he said.

The U.S. has repeatedly warned Venezuela's President Nicolas Maduro there would be consequences if Guaido or his aides were arrested.

Venezuelan prosecutors say Guaido is under investigation for alleged links to violence as well as the nation's worst power outages. Maduro alleges the blackouts were caused by U.S.-directed sabotage, though U.S. officials and the Venezuelan opposition say state mismanagement and corruption caused the infrastructure collapse.