Russia urges US to abandon plans on Venezuela 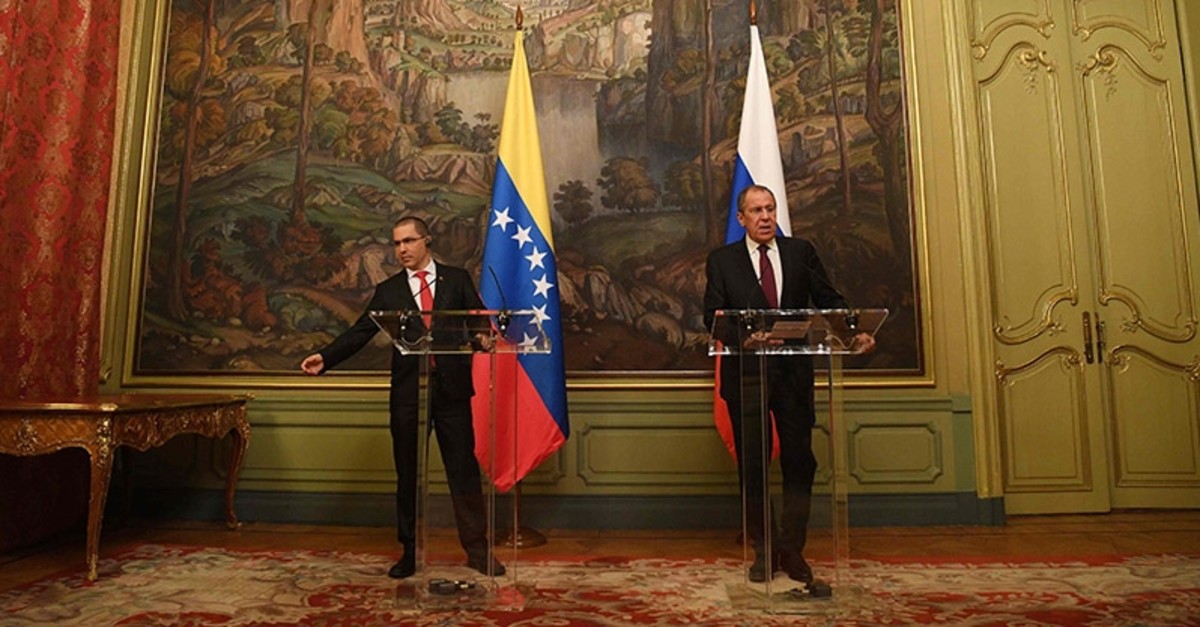 Russia on Sunday urged US officials "to abandon their irresponsible plans" on Venezuela as Washington upped pressure on President Nicolas Maduro's regime in the wake of a failed bid by the opposition to spur a military uprising.

"We call on the Americans, and all those supporting them, to abandon their irresponsible plans and to act exclusively within the boundaries of international law," Russian Foreign Minister Sergei Lavrov said in Moscow as he met with his Venezuelan counterpart Jorge Arreaza.

He said the "unprecedented" US pressure was aimed at "toppling the legitimate authorities of Venzuela".

Arreaza thanked Russia for supporting Maduro's government, saying Caracas-Moscow ties "have become more significant not only for our two countries but for the world".

Venezuela, stuck in economic purgatory, has become a geopolitical tinderbox with US President Donald Trump ratcheting up pressure against Maduro and in favour of opposition leader Juan Guaido, whom the US and its allies recognize as Venezuela's acting president.

Russia, a major creditor to oil-rich Venezuela, has boosted its own support to Maduro, sending dozens of troops to Caracas and dismissing Guaido's claim to legitimacy.

Trump has repeatedly warned that "all options" were on the table regarding Venezuela, including the implicit threat of US military intervention.

Thus far however there has been no American mobilization beyond the dispatch of aid that Maduro's forces blocked on the Colombian border in February.

An attempt by Guaido to rally Venezuelan troops to his side on Tuesday fell flat, with army top brass publicly standing with Maduro and declaring their loyalty.

An appeal by Guaido for opposition supporters to march on a military barracks Saturday to sway troops also garnered a smaller turnout than he hoped for.

Trump's administration has also told Russian troops to get out of Venezuela.

But the US president on Friday struck a conciliatory note after speaking with Russian President Vladimir Putin by telephone, saying they both would "like to see something positive happen for Venezuela".