US detains record number of migrant families at Mexico border 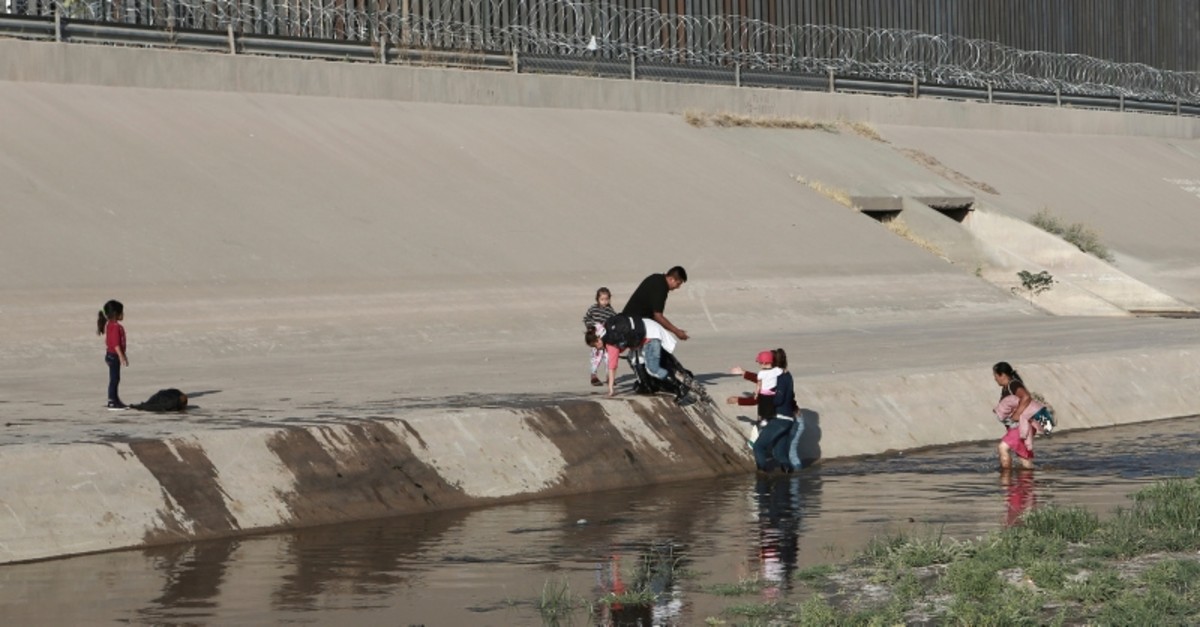 Migrant families cross the rio Grande to get illegally across the border into the United States, to turn themselves in to authorities and ask for asylum, next to the Paso del Norte international bridge, near El Paso, Texas. (AP Photo)
by Compiled from Wire Services
Jun 05, 2019 9:51 pm

The U.S. Border Patrol says a new record was set in May for the number of migrant families apprehended at the U.S.-Mexico border.

Agents apprehended 132,887 people in May, the largest figure in more than a decade. It set a record with 84,542 adults and children apprehended. Another 11,507 people were children traveling alone, and 36,838 were single adults.

Border Patrol officials warned on Wednesday they didn't have the money or facilities to care for the surge in migration.

Most families are from Central America and expected to request asylum. Photos of families waiting in jam-packed cells and in outdoor enclosures have sparked outrage. Six children have died after being detained in the last year.

Officials said they don't expect a traditional decline in migration due to hotter summer weather this year.

The total number of migrants detained in the past month was nearly triple that of a year ago, underscoring the surge that has overwhelmed border agents and sparked a deep crisis in U.S. relations with Mexico, which Washington has accused of abetting the immigrant flow.

"We are in a full-blown emergency. The system is broken," said Customs and Border Protection Acting Commissioner John Sanders.

The numbers were released hours before top Mexican officials were to meet with Vice President Mike Pence over President Donald Trump's threat to impose steep tariffs on Mexican goods starting Monday if it doesn't do something to keep the migrants from reaching the U.S. frontier.

Sanders said there had been no let-up in the numbers of border crossers in the first days of June, and that the Border Patrol now has nearly 19,000 migrants in custody.

Officials said that the pace of arrivals of undocumented migrants — 677,000 in the first eight months of the fiscal year — is the highest since 2006, when single men from Mexico were the main migrants, compared to families from Central America today.

Sanders said more were arriving in large groups, including one single group of 1,036 which arrived in El Paso, Texas on May 29, the day before Trump announced his tariff threat.

Underlining the extent of the crisis, officials said that other nationalities from around the world are joining the trek from Central America to the southern U.S. border.

That included a single group of 117 people from sub-Saharan Africa, including Angolans and Cameroonians, detained at Del Rio, Texas last week.