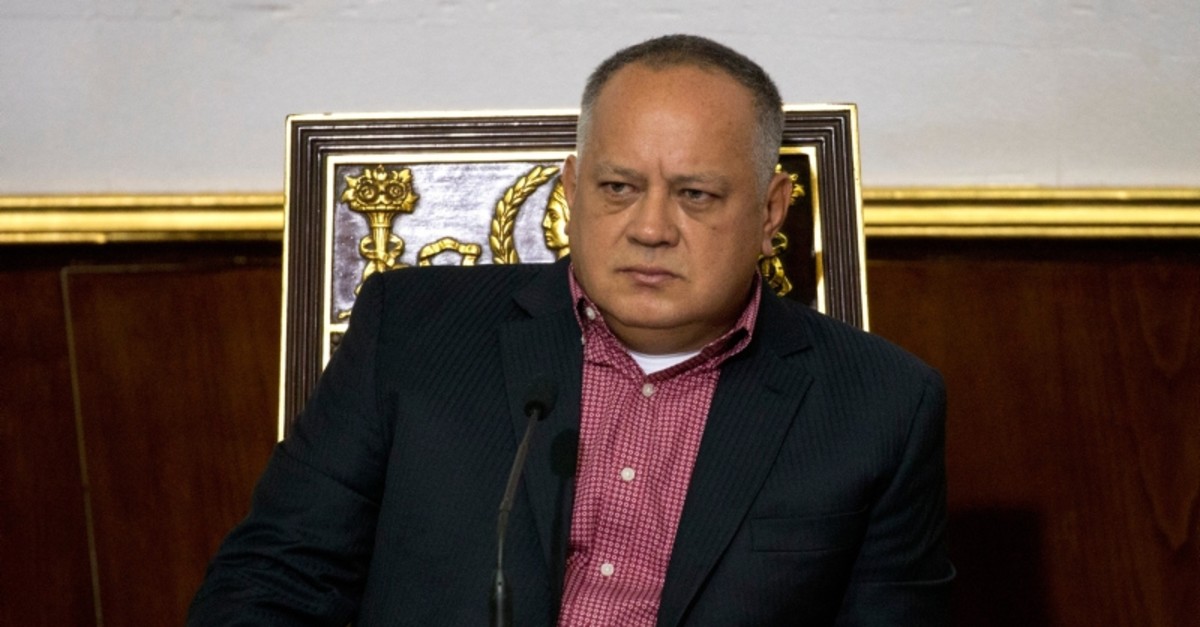 Rodriguez described the talks in Havana with Cabello – a key member of President Nicolas Maduro's inner circle – as "fraternal and fruitful."

Rodriguez was expected later Friday in Toronto for talks on the Venezuelan crisis with Canadian Foreign Minister Chrystia Freeland.

Canada is a prominent non-Latin American member of the 12-nation Lima Group, set up to find a solution to the Venezuelan crisis. Freeland met Rodriguez in Havana in May.

The Lima Group on Thursday called on Venezuela's foreign backers "in particular Russia, China, Cuba and Turkey," to end support for Maduro's government.

Cabello is on a two day visit to the island, officially to hold preparatory meetings ahead of a meeting of the Sao Paulo Forum, an alliance of Latin American left-wing parties.

Caracas is to host the meeting in July.

Cuba said Thursday its support for Maduro is "not negotiable."

Opposition leader Juan Guaido said Friday that Norway's effort to mediate in the standoff with the Maduro administration had stalled and no new talks were planned.

"At the moment there is no meeting planned," Guaido told supporters during a speech in the northern city of Valencia.

Representatives of Guaido and Maduro met face-to-face in Oslo last week as part of talks mediated by Norway aimed at resolving the country's political deadlock, which began in January when Guaido proclaimed himself interim president.

Maduro, who maintains control over state institutions, calls Guaido a puppet of Washington and blames U.S. sanctions for a hyperinflationary economic meltdown and humanitarian crisis.

The two sides had earlier met separately with Norwegian officials.

The humanitarian and economic crisis has prompted more than 4 million Venezuelans to leave the country, the United Nations High Commissioner for Refugees (UNHCR) and International Organization for Migration (IOM) said in a joint statement Friday.

Venezuelans are now "one of the single largest population groups displaced from their country," the statement said.

The agencies said the exodus picked up speed in late 2015, underscoring that about 1 million people have left in the past seven months alone.

UNHCR and IOM calculated the 4 million using data from Venezuelan immigration authorities and other sources, noting that the actual number may be higher due to unofficial border crossings.