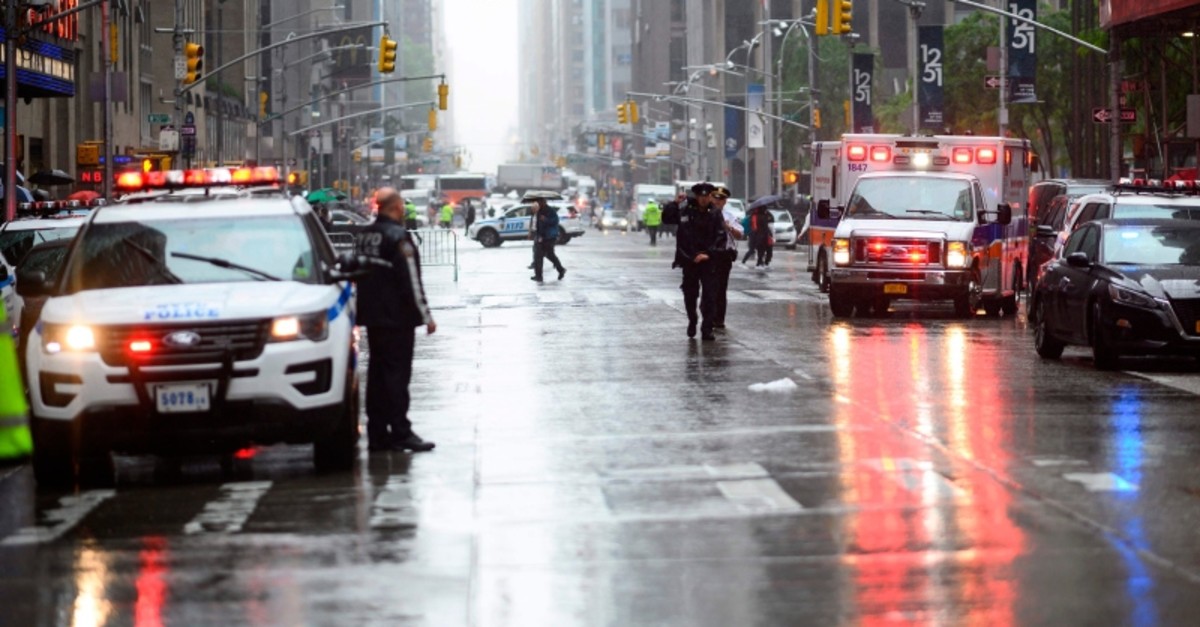 A helicopter crash-landed on top of a high-rise in midtown Manhattan Monday, starting a fire and leaving one person dead as the entire building shook from the impact.

"There was a helicopter hard landing on the roof of 787 7th Avenue in Midtown Manhattan," the New York Police Department tweeted as emergency services flooded the area.

"The fire has been extinguished. There is currently one fatality reported," tweeted the city's fire department.

The White House said President Donald Trump had been briefed and was monitoring the situation.

Speaking at the scene, New York Governor Andrew Cuomo told reporters there had been "casualties" on board the helicopter -- suggesting the pilot was the person killed -- and that a fire briefly broke out, but that no one in the building had been hurt.

"The preliminary information is that there was a helicopter that made a forced landing, emergency landing, or landed on the roof of the building for one reason or another," Cuomo said.

The city fire department urged people to avoid the area.

The police department called it a "hard landing" on Twitter.

Nathan Hutton, who works in information technology for the French bank BNP Paribas on the 29th floor, said the building shook when the helicopter slammed into the roof.

"It felt like you were just standing there, and someone takes their hand and just shoves you," he said. "You felt it through the whole building."

Melvin Douglas, 50, who was selling umbrellas on the street, said he heard a "rumble" when the helicopter crash landed.

A fire that broke out on the roof was quickly brought under control, the fire department said. The building was evacuated after the crash.

"Phenomenal job by our GREAT First Responders who are currently on the scene," U.S. President Donald Trump said on Twitter after being briefed on the crash. "The Trump Administration stands ready should you need anything at all."

The AXA Equitable Center is more than 750 feet (229m) tall and was built in 1985. In addition to a number of corporate tenants, the building also houses Le Bernardin, one of New York City's most celebrated restaurants.

A roof helipad is not listed as one of the building's amenities on its website.

The skyscraper is managed by the Los Angeles-based CommonWealth Partners. Reached by telephone, LeAnn Holsapple, the office manager for CommonWealth, said the company had "no comment at this time."