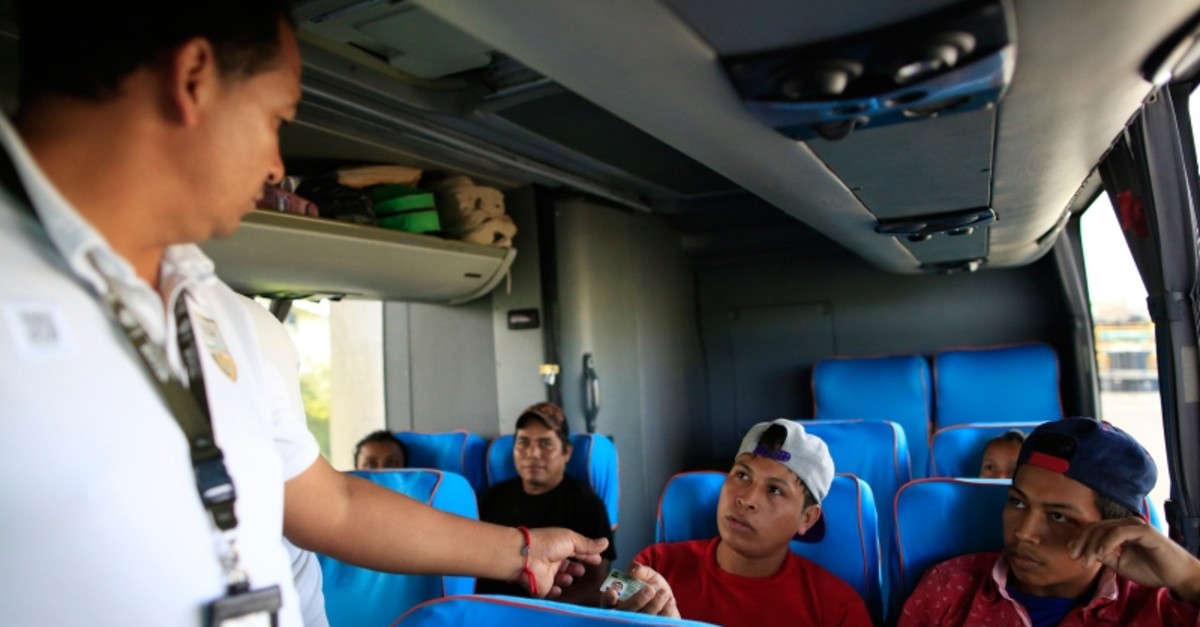 An officer from the National Migration Institute checks travelers' IDs aboard a northbound bus at a checkpoint outside Tapachula, Mexico, Wednesday, June 12, 2019. (AP Photo)
by Associated Press Jun 14, 2019 11:30 pm

Mexico's immigration chief presented his resignation to the president Friday as the country embarks on a crackdown on irregular migration through its territory in response to U.S. pressure.

The National Immigration Institute said in a brief statement that Tonatiuh Guillén thanked President Andrés Manuel López Obrador for the opportunity to serve the country, but it did not give a reason for why he presented his resignation.

Guillén had largely remained out of the public eye during the recent tensions with the United States, when President Donald Trump threatened stiff tariffs on all imports from Mexico if the country didn't do more on immigration. Trump suspended the tariffs late last week.

At an April news conference with Ebrard and Interior Secretary Olga Sánchez Corder, Guillén appeared to show some distance with the two as they expressed support for a tougher policy on irregular migration.

Earlier Friday, López Óbrador acknowledged that controls are lax at dozens of crossings at the country's southern border and vowed to correct the situation.

"We have identified 68 crossings like that, and in all of them there will be oversight," Andrés Manuel López Obrador said at a morning news conference, responding to questioning about checkpoints where cross-border traffic was seen coming and going freely.

The president, who took office Dec. 1, attributed the problem to residual corruption at the National Migration Institute and the customs agency and noted that more than 500 immigration workers have been let go as part of a purge.

"We are cleaning house, but this work takes time," López Obrador said.

Mexico has promised to deploy 6,000 members of its new, still-forming National Guard to control immigration in its southern border region with Guatemala as part of its recent agreement with the United States.

Ebrard said Friday the Guard deployment will be readied by Tuesday, along with 825 immigration agents and 200 officials from the country's welfare department.

But there has been no sign so far of any National Guard presence in the southern city of Tapachula, near Guatemala. Nor has there been any notable change at the Suchiate border river, where locals and migrants alike commonly cross.

Police and immigration had already stepped up enforcement in southern Mexico in recent months, setting up highway checkpoints, raiding a recent caravan of mostly Central American migrants and trying to keep people off the northbound train known as "the beast."

Ebrard called on the United Nations and the international community to help Mexico bring immigration under control and fight human trafficking.

"Do not leave us alone," Ebrard said. "Where is the international community? Central America needs to help us."

He added that many countries kept silent during Mexico's talks with the United States in which the threatened tariffs were suspended last week.

The governors of the southern Mexican states of Chiapas, Tabasco, Campeche, Veracruz and Oaxaca were also present at the Friday press conference and promised to support the federal government's immigration plan as it rolls out.