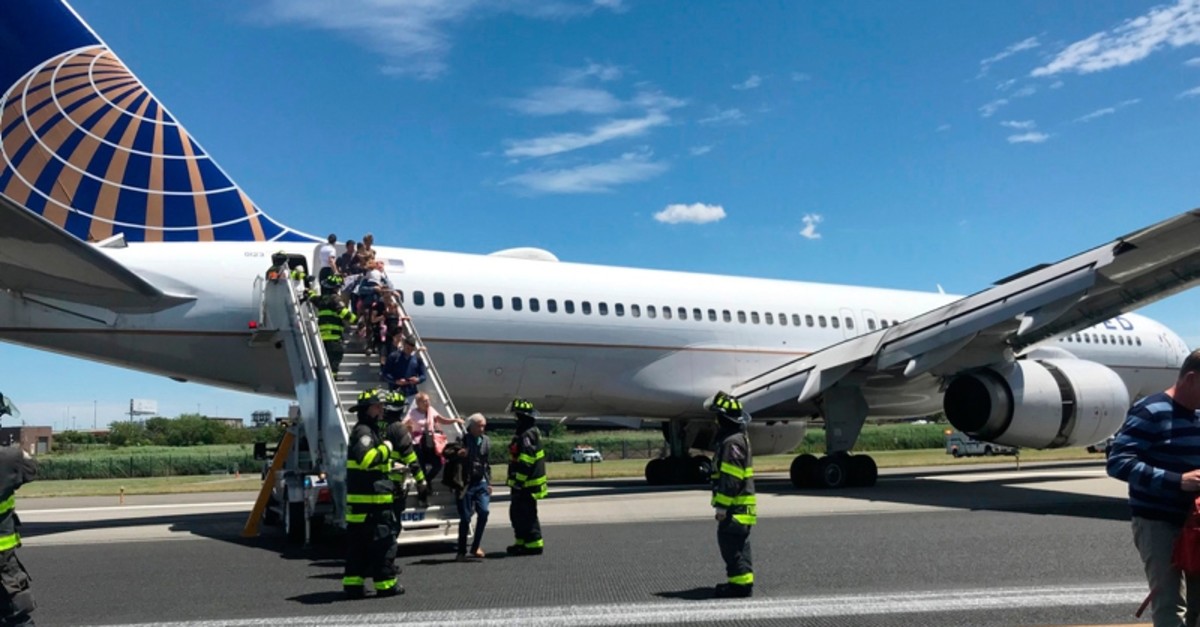 Authorities say a plane blew tires while landing at Newark Liberty International Airport, sending it skidding on the runway before coming to a halt.

United Airlines said Flight 627 from Denver was landing at 1 p.m. Saturday with 166 passengers when the tires blew.

The airport was immediately shut down. "Due to an airport emergency there are currently no arrivals nor departures from Newark Airport," Newark Liberty tweeted. "Please check with your carrier before coming to the airport."

The FAA said the plane skidded off the pavement and its landing gear became stuck in a grassy area, but United spokesman Robert Einhorn said the plane remained on the runway.

The airline said some passengers with minor injuries refused medical attention and no one was seriously injured. The airport reported resuming flights shortly before 3 p.m. but delays could be expected.

Passenger Caroline Craddock says the pilot told everyone they blew tires. She said someone hit their head and there was an elbow injury.