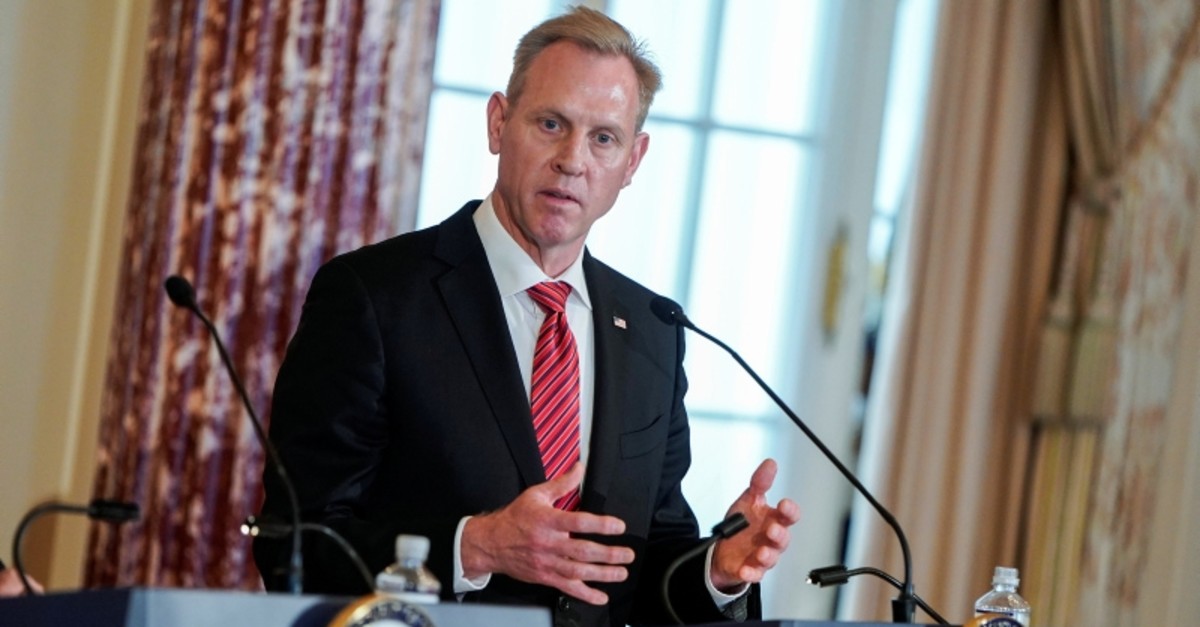 After months of unexplained delays, Acting Defense Secretary Patrick Shanahan stepped down Tuesday before his formal nomination ever went to the Senate, citing a "painful" family situation that would hurt his children and reopen "wounds we have worked years to heal."

"I believe my continuing in the confirmation process would force my three children to relive a traumatic chapter in our family's life and reopen wounds we have worked years to heal," Shanahan said in a statement. "Ultimately, their safety and well-being is my highest priority."

The acting defense secretary did not provide specifics about the family situation. But The Washington Post published an interview with Shanahan on Tuesday, shortly before Trump tweeted that his nomination would not go forward. In the interview, Shanahan spoke about the circumstances surrounding his 2011 divorce and said he didn't want to drag his children through the experience again.

Court records show that his ex-wife, Kimberly, was arrested several times on charges that included burglary, property damage and assault. The assault charge was a misdemeanor for domestic violence in August 2010 when, according to police records, she hit Shanahan a number of times, giving him a bloody nose and black eye. The police report said she was not injured, and he was not charged.

"Bad things can happen to good families ... and this is a tragedy, really," Shanahan told the Post.

In his statement, Shanahan said he asked to be withdrawn from the nomination process and he resigned from his previous post as deputy defense secretary. He said he would work on an "appropriate transition" but it wasn't clear how quickly he will leave the job.

Defense officials said leaders are trying to decide when Esper would take over the job. Officials were meeting Tuesday afternoon to discuss transition plans. The officials spoke on condition of anonymity because they weren't authorized to publicly discuss internal deliberations.

In his tweet, Trump simply said Shanahan had done "a wonderful job" but would step aside to "devote more time to his family." Later, Trump told reporters at the White House that he heard about the problems for the first time Monday.

"I didn't ask him to withdraw, but he walked in this morning," said Trump. "He said it's going to be a rough time for him because of obviously what happened."

In noting Esper's move, Trump added, "I know Mark, and have no doubt he will do a fantastic job!" He said it's "most likely" he will nominate Esper for the job "pretty soon."

The post atop the Pentagon has not been filled permanently since retired Gen. James Mattis abruptly stepped down in December after delivering a blunt letter to Trump outlining a list of foreign policy differences and a warning that the administration should not allow relations with allies to fray.

Shanahan was put in place as acting secretary, but it wasn't until May that Trump announced he would nominate Shanahan. That formal nomination has never come, inexplicably delaying the Senate process.

On Capitol Hill, the Shanahan news was met with mixed reactions.

Senate Minority Leader Chuck Schumer said Tuesday that "this Shanahan fiasco shows what a shambles, what a mess" the administration's national security policy is.

Senators said they were largely unaware of allegations involving Shanahan's family situation when he was confirmed as deputy defense secretary in 2017. Republican Sen. Lindsey Graham said he had heard "rumors" of potential problems.

Democratic Sen. Richard Blumenthal raised the possibility that Shanahan deliberately concealed the domestic problems, and he called for an investigation by the Defense Department's inspector general. Shanahan, he said, "had an obligation to reveal it himself. This is potentially a violation of law."

Trump defended the vetting process, calling it "great," and said the Shanahan issues were "very unfortunate," and they "came up a little bit over the last short period of time."

Shanahan, a former Boeing executive, has been leading the Pentagon as acting secretary since Jan. 1, a highly unusual arrangement for arguably the most sensitive Cabinet position.

His prospects for confirmation have been spotty due in large part to questions about his lengthy work as former Boeing executive and persistent questions about possible conflicts of interest.

The Defense Department's Inspector General cleared Shanahan of any wrongdoing in connection with accusations he had shown favoritism toward Boeing during his time as deputy defense secretary, while disparaging Boeing competitors.

In Shanahan's tenure at the department he's had to deal with a wide array of international hotspots, ranging from missile launches by North Korea to the sudden shift of military ships and aircraft to the Middle East to deal with potential threats from Iran.

Shanahan, 56, had extensive of experience in the defense industry but little in government. In more than four months as the acting secretary, he focused on implementing the national defense strategy that was developed during Mattis' tenure and emphasizes a shift from the resources and tactics required to fight small wars against extremist groups to what Shanahan calls "great power" competition with China and Russia.