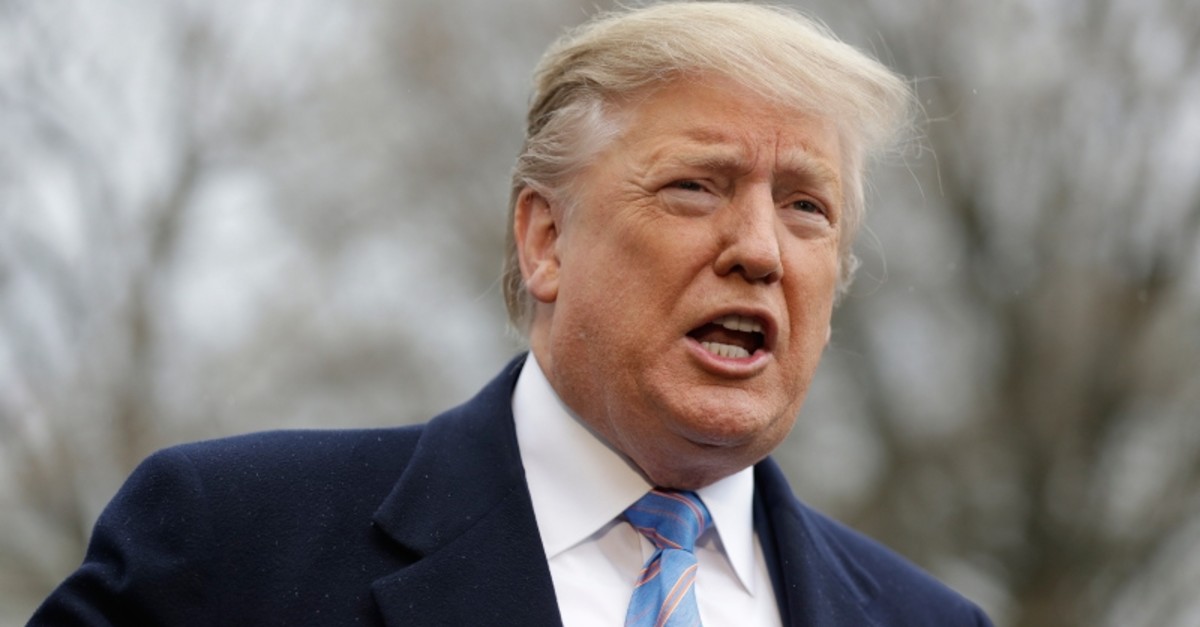 U.S. President Donald Trump said he stopped a U.S. retaliatory attack on Iran over shooting down a surveillance drone as it would not be proportionate, confirming reports throughout the day that an attack was canceled in the last minute.

In a series of tweets, Trump said the downing incident on Monday took place in international waters, and gave more details regarding the canceled attack.

"We were cocked & loaded to retaliate last night on 3 different sights when I asked, how many will die. 150 people, sir, was the answer from a General. 10 minutes before the strike I stopped it, not proportionate to shooting down an unmanned drone. I am in no hurry, our Military is rebuilt, new, and ready to go, by far the best in the world. Sanctions are biting & more added last night. Iran can NEVER have Nuclear Weapons, not against the USA, and not against the WORLD!" Trump wrote in his Twitter account.

The New York Times reported earlier on Thursday that Trump approved airstrikes Thursday evening against Tehran in retaliation but pulled back.

Citing multiple officials from the Trump administration, the Times said the White House hosted intense debates and discussions among Trump's senior national security officials and congressional leaders over a response against Tehran.

"As late as 7 p.m., military and diplomatic officials were expecting a strike," said the report, adding the U.S. president approved a couple of military targets including radar and missile batteries.

Meanwhile, Iranian officials told Reuters that Tehran had received a message from Trump through Oman overnight warning that a U.S. attack on Iran was imminent.

They spoke shortly after the New York Times report, but called off the attacks at the last minute.

"In his message, Trump said he was against any war with Iran and wanted to talk to Tehran about various issues...He gave a short period of time to get our response but Iran's immediate response was that it is up to Supreme Leader (Ayatollah Ali) Khamenei to decide about this issue," one of the officials told Reuters, speaking on condition of anonymity.

A second Iranian official said: "We made it clear that the leader is against any talks, but the message will be conveyed to him to make a decision...However, we told the Omani official that any attack against Iran will have regional and international consequences."

Targets had included Iranian radar and missile batteries, the paper cited senior administration officials involved in, or briefed on, the deliberations, as saying.

The strikes were set for early in the day to minimize risk to the Iranian military or to civilians, the Times added.

It was unclear if attacks on Iran might go ahead later, it added, nor was it known whether Trump had changed his mind or whether his administration had become concerned about logistics or strategy.

The United States has asked the United Nations Security Council to meet on Iran behind closed-doors on Monday, diplomats said Friday.

"We will brief the council on the latest developments with regard to Iran and present further information from our investigation into the recent tanker incidents," the U.S. mission to the United Nations said in a note to council colleagues, seen by Reuters.

The downing of the U.S. drone — which set off this new war of words— over the Strait of Hormuz prompted accusations from the U.S. and Iran about who was the aggressor. Iran insisted the drone violated Iranian airspace; Washington said it had been flying over international waters.

Iran and the U.S. dispute the drone's location when it was downed. Tehran maintains the drone violated its airspace while Washington says it was in international airspace.

Later in the day, Iranian Foreign Minister Javad Zarif also shared the coordinates of where the drone was shot down and announced that the wreckage fell into Iran's territorial waters.

A senior official said planes were flying in the air and ships were in position until the attack was aborted, according to the report.

If the airstrike went ahead, it would have been Trump's third military action in the Middle East after 2017 and 2018 airstrikes in Syria.

In the Oval Office while meeting Canadian Prime Minister Justin Trudeau, Trump said the public will "find out" what the U.S. response will be to the drone downing.

"Iran made a big mistake. This drone was in international waters, clearly," Trump said.

"The two leaders discussed Saudi Arabia's critical role in ensuring stability in the Middle East and in the global oil market. They also discussed the threat posed by the Iranian regime's escalatory behavior," a White House statement said.

Tensions have been rising between the U.S. and Iran since last year, when Washington unilaterally withdrew from a landmark 2015 nuclear deal between Tehran and the five permanent members of the UN Security Council plus Germany and the EU.

The U.S. has since embarked upon a diplomatic and economic campaign to ramp up pressure on Iran to force it to renegotiate the agreement.

Part of its campaign has included the re-imposition of U.S. sanctions on exports of Iranian crude oil, which has sent the Iranian economy into a nosedive.

The U.S. has also increased its military presence in the Middle East, deploying a carrier strike force, bomber task force and Patriot missile battery and using threats from Iran as justification for the actions.

On Monday, the Trump administration announced it would be sending an additional 1,000 troops to the Middle East, citing increased threats from Iran.