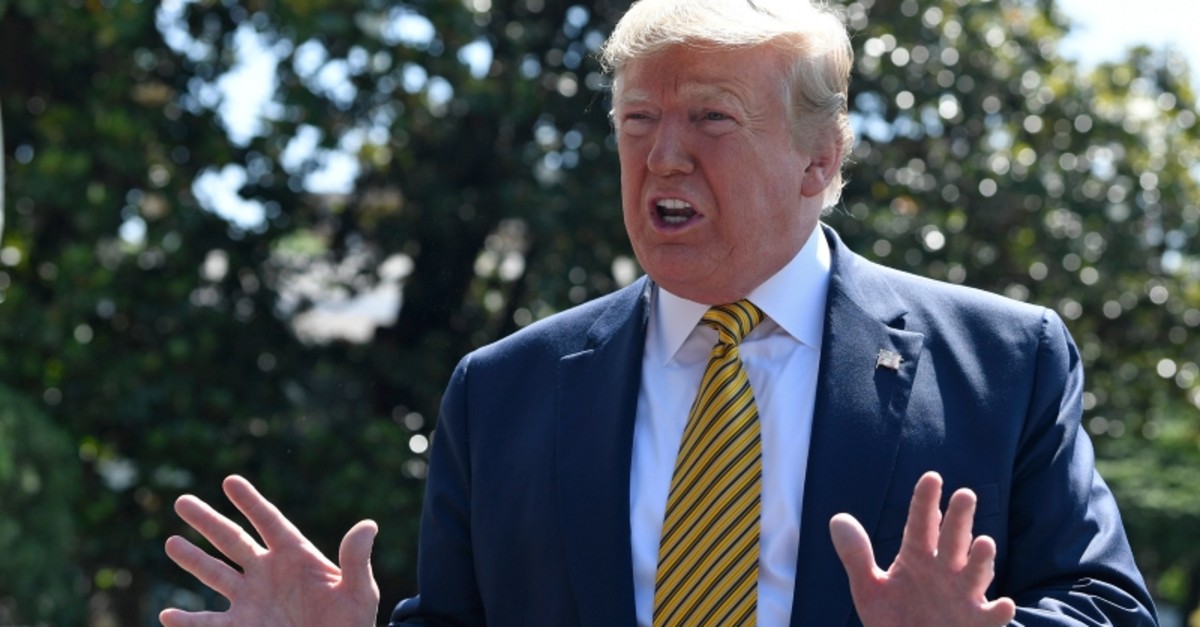 President Donald Trump said Saturday that the United States would impose "major" new sanctions on Iran in two days, just hours after saying he would be Tehran's new "best friend" if they were to renounce nuclear arms.

Tensions between the United States and Iran have soared this week after Tehran downed a U.S. surveillance drone. Trump said Friday that he called off retaliatory military strikes at the last minute because the response was not "proportionate."

But he had brandished the threat of sanctions ever since, and has now set a timetable.

Trump tamped down the threat of military action on Friday, when he called off retaliatory strikes at the last minute because the response was not "proportionate" to the drone's destruction over the Strait of Hormuz.

But he had said military action is still an option and brandished the threat of sanctions ever since.

Now, he has set a timetable for fresh punitive economic measures to heap more pressure on an Iranian economy already reeling from the sanctions in place since Trump withdrew from an international nuclear deal with Tehran.

"We are putting major additional Sanctions on Iran on Monday," Trump tweeted.

"I look forward to the day that Sanctions come off Iran, and they become a productive and prosperous nation again - The sooner the better!"

Earlier, before heading to Camp David for meetings with his advisors on the situation, Trump said he would be Iran's "best friend" and that the country could be a "wealthy" country if it renounced nuclear weapons.

"We're not going to have Iran have a nuclear weapon," Trump told reporters outside the White House.

Last year, Trump withdrew the United States from the deal designed to curb Iran's nuclear ambitions in exchange for sanctions relief, and reinstated measures designed to choke off Iranian oil sales and cripple its economy.

As part of the spike in tensions, the U.S. has beefed up its military presence in the Middle East and blamed Iran for attacks on oil tankers on the Gulf of Oman. Iran denies any responsibility.