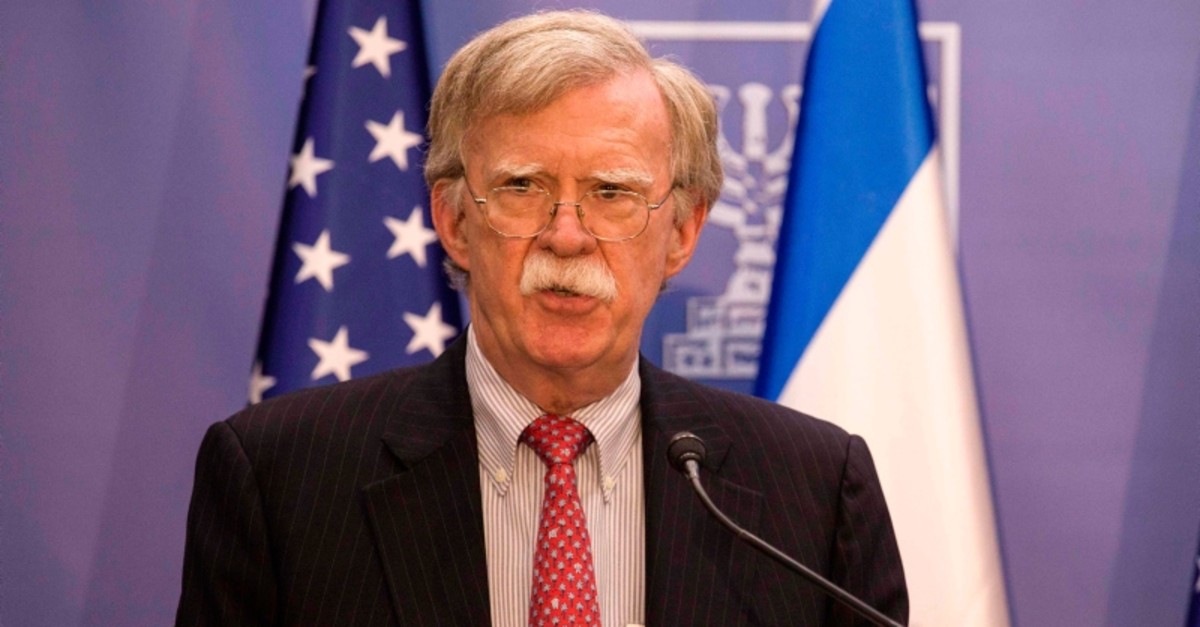 "Neither Iran nor any other hostile actor should mistake U.S. prudence and discretion for weakness," said Bolton ahead of a meeting with Israeli Prime Minister Benjamin Netanyahu in Jerusalem.

"No one has granted them a hunting license in the Middle East," he added.

"Our military is rebuilt new and ready to go," said Bolton, after Trump called off a planned attack on Iran in response to Tehran downing a U.S. drone on Thursday.

Bolton, who was in Israel for a pre-scheduled trilateral meeting with his Israeli and Russian counterparts, Meir Ben-Shabbat and Nikolai Patrushev, noted that the "current circumstances in the region make our conversations even more timely."

In a Saturday tweet, Trump had pledged to hit Iran with "major" new sanctions on Monday.

Washington has imposed a series of measures against Tehran since Trump pulled out of a landmark nuclear accord between Iran and world powers last year.

Iran says it is not seeking a nuclear weapon and its program is for civilian purposes only.

"We expect that the new sanctions president Trump referred to, in preparation for some weeks, will be announced publicly on Monday. Stay tuned," said the top U.S. adviser.

Last month, Iranian President Hassan Rouhani said Tehran would stop observing restrictions set by the nuclear accord on its stocks of enriched uranium and heavy water.

Speaking alongside Bolton, Netanyahu did not comment on the canceled U.S. strike on Israel's archfoe Iran but he welcomed the expected new sanctions.

Tehran has long been in a "campaign of aggression" against its Arab neighbors, the US and Israel, Netanyahu said, and recent tensions were not a result of increasing U.S. pressures.

"Those who describe the recent actions as somehow opening a hornets' nest are living on another planet," he said.

"What's new is that now, thanks to crippling American sanctions, Iran is facing unprecedented economic pressure as a result of its aggression."

Israel is believed to be the Middle East's sole nuclear power but it has long refused to confirm or deny that it has such weapons.