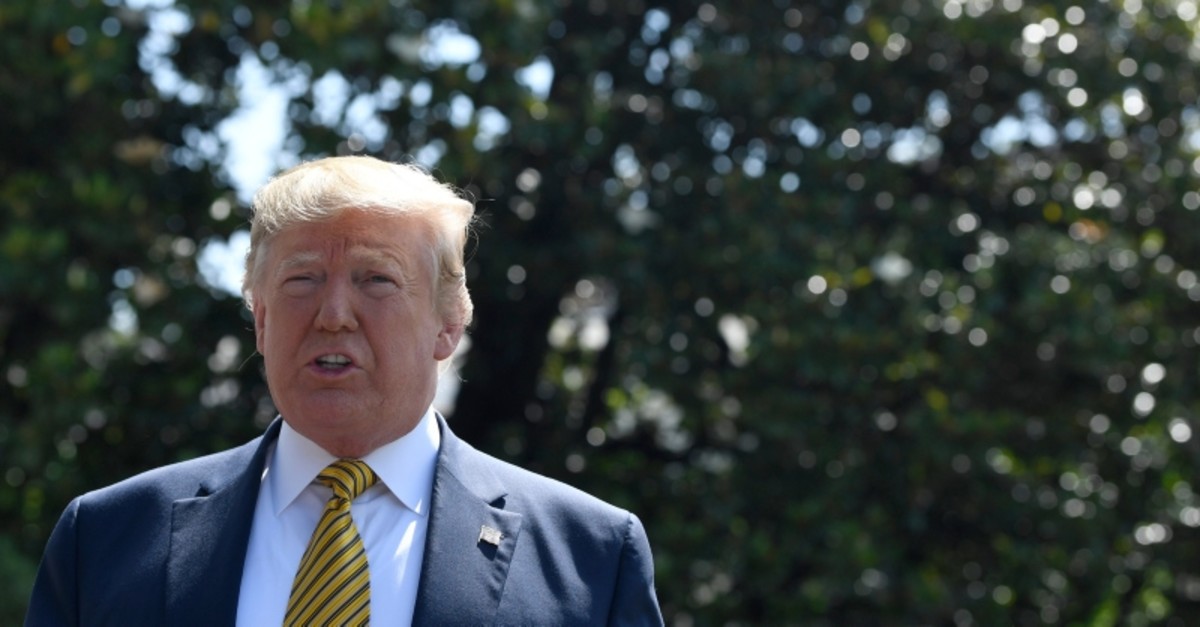 U.S. President Donald Trump speaks to reporters on the South Lawn of the White House in Washington, Saturday, June 22, 2019, before boarding Marine One for the trip to Camp David in Maryland. (AP Photo)
by Compiled from Wire Services Jun 23, 2019 5:58 pm

Trump does not answer directly when asked on NBC's "Meet the Press" whether he'll allow the FBI to examine the slaying of the Saudi Arabian journalist. In the interview taped last week and broadcast Sunday, Trump says Khashoggi's killing has been "heavily investigated."

Khashoggi was killed, and believed to have been dismembered, inside a Saudi consulate in Turkey by Saudi agents on Oct. 2. His remains have never been found.

Trump also said he did not discuss the death of Saudi journalist Jamal Khashoggi during a phone call Friday with Saudi Crown Prince Mohammed bin Salman.

"I did not because it really didn't come up in that discussion," Trump said.

The White House said on Friday the phone call, which took place in the wake of Iran's shooting down of an unmanned U.S. drone in the Gulf, focused on tensions with Tehran and oil.