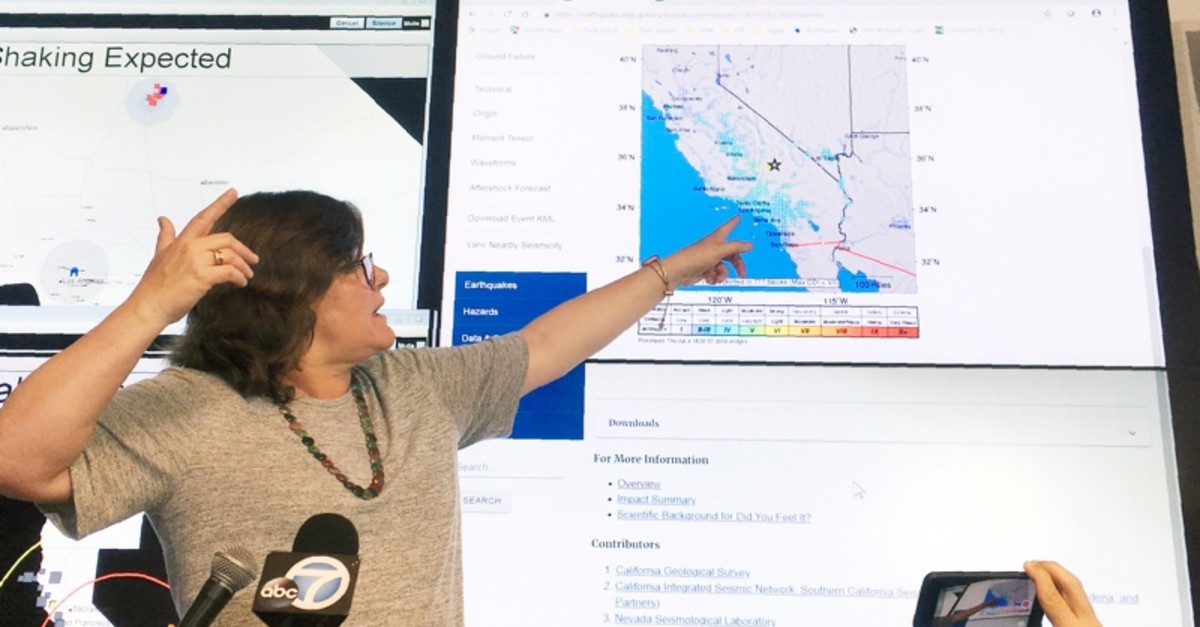 The strongest earthquake in 20 years shook a large swath of Southern California and parts of Nevada on Thursday, rattling nerves on the July 4th holiday and causing some injuries and damage in a town near the epicenter, followed by a swarm of ongoing aftershocks.

The shallow quake struck in the vast desert region of the Searles Valley in San Bernardino County just six miles (10 kilometers) from the town of Ridgecrest at 10:33 a.m. (17:33 GMT), but was felt 160 miles away in Los Angeles and even as far as Las Vegas in the neighboring state of Nevada.

He said 15 patients were evacuated from the Ridgecrest Regional Hospital as a precaution and out of concern for aftershocks.

Kern County District Supervisor Mick Gleason told CNN there were some structural issues with the hospital and some patients had to be moved from one ward to another and that others were taken to a neighboring building.

Gleason did not say what the structural issues were.

Local authorities emphasized that the end of the earthquake did not mean residents were yet in the clear, however President Donald Trump wrote on Twitter that "All seems to be very much under control!"

Caltech seismologist Lucy Jones told a press conference that residents "will continue having a lot of aftershocks," adding that dozens had already occurred and that some may be as strong as magnitude five.

Emergency responders did not immediately report mass injuries or any deaths, but USGS seismologist Rob Graves said that "this earthquake is large enough that the shaking could have caused damage."

The quake was the largest in Southern California since 1999 when the 7.1-magnitude Hector Mine quake struck the Twentynine Palms Marine Corps base, according to The Los Angeles Times.

The fire department in Kern County, which encompasses Ridgecrest, reported it was "working nearly 2 dozens incidents ranging from medical assistance to structure fires in and around the city" and that evacuations were underway at the Ridgecrest Regional Hospital.

This included "buildings with minor cracks; broken water mains; power lines down; rock slides on certain roads," but no injuries or fires.

The quake struck at a depth of 5.4 miles (8.7 kilometers) in the vast desert region, lasting multiple seconds.

Its epicenter was located in or on the edge of the US Navy's sprawling desert bomb testing range known as China Lake.

The Naval Air Weapons Station covers 1.1 million acres (445,000 hectares) and strictly controls the airspace above it. Inside, the Navy develops and tests missiles, bombs, artillery shells and other war ordnance, and the aircraft used to deliver it.

An official at China Lake said there was "substantial damage" to their facilities, including fires, water leaks and spills of hazardous materials.

The city's police, meanwhile, reported on Twitter that they had not "received any reports of damage or calls for service."

While California is the most populous state in the US, the quake was located in a sparsely populated portion of the Mojave Desert.

Jones said there is a small possibility this quake is the prelude for a larger tremor.

"There is about a one-in-20 chance that this location will be having an even bigger earthquake within the next few days, that we have not yet seen the biggest earthquake of the sequence," she said.

Celebrities in Los Angeles were quick to react to the trembling.

"Been living in Los Angeles all my life," filmmaker Ava DuVernay wrote on Twitter. "That was the longest earthquake I've ever experienced. Not jerky. Smooth and rolling. But it was loooong."