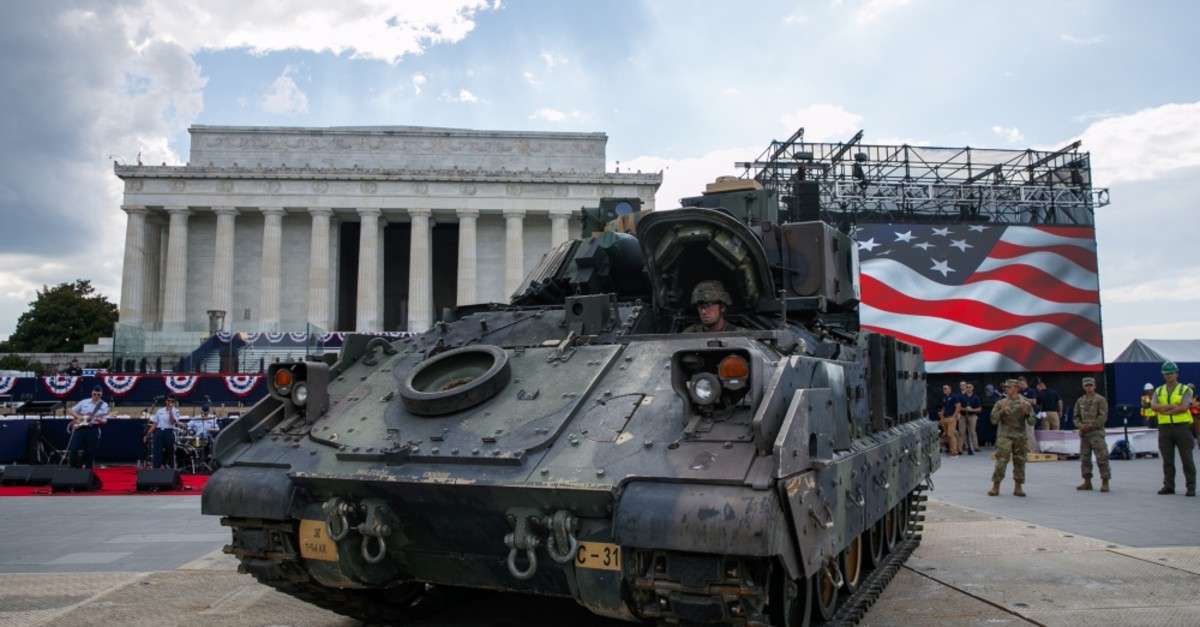 U.S. President Donald Trump presided over July Fourth Independence Day celebrations Thursday with a speech about patriotism and a show of military might that critics say is politicizing an important holiday and wasting taxpayer money. The Washington Post reported that the National Park Service is diverting nearly 2.5 million dollars for the event, which represents just a fraction of the total cost, exceeding expenditures of previous years.

Trump, a Republican who admired flashy displays of national pride and military strength put on by France, has dismissed concerns about the expense and militaristic overtones of the Washington event, which took place in front of the Lincoln Memorial and feature fireworks, a flyover by Air Force One and a display of tanks. The July 4th holiday celebrates the anniversary of U.S. founders' declaring independence from Britain in 1776.

Democrats charge the president with staging a campaign rally. Though the White House has said his remarks would not be political in nature, the president has a history of veering off script with sharp partisan attacks even at events that are not meant to be overtly political.

"We're going to have a great Fourth of July in Washington, D.C. It'll be like no other," Trump told reporters earlier this week in the Oval Office. Asked if he could give a speech that would represent all Americans, he said he thought he could and then launched into an attack on Democrats' policies on healthcare and taxes.