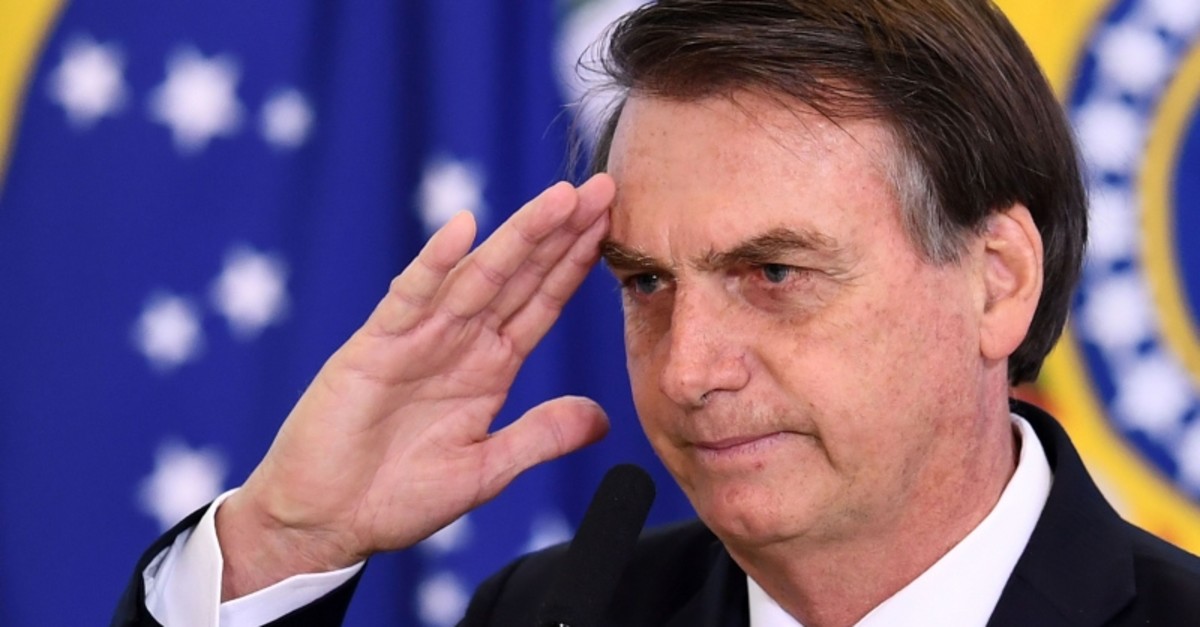 Brazilian President Jair Bolsonaro, no stranger to controversy, sparked a new brouhaha this week by repeatedly defending the practice of child labor.

"I've been working since I was eight years old... and today I am what I am," the far-right leader said during his weekly live forum on Facebook.

"Look, when a child of eight or nine years old works somewhere, many people denounce it as 'forced labor' or 'child labor,'" he said on Thursday. "But if that child smokes coca paste, nobody says anything."

"Work brings dignity to men and to women, no matter their age," he added.

Elaborating on the theme at an official event Friday, he added: "I worked from the age of eight planting corn, picking bananas... while studying at the same time.

"And today I am what I am. This is not demagoguery, it is the truth."

"He is the best example to incite a child not to work -- to keep him from growing up to become an adult like (Bolsonaro), with so much hatred and such incompetence," said Marcelo Freixo, a socialist politician.

Brazilian law prohibits children younger than 16 from working, except in the case of apprentices, who can begin work at 14.

According to the Brazilian Institute of Geography and Statistics (IBGE), some 2.5 million children and adolescents aged five to 17 work in Brazil.

On Friday, Bolsonaro's minister for Human Rights, Family and Women, the former evangelical pastor Damares Alves, tried to put an end to the controversy.

"Let us be clear that for children to work is a violation of their rights, something that cannot be allowed."

Bolsonaro is not known for being politically correct. In 2011, he told Playboy magazine he would rather see his own son "die in an accident" than come out as gay. He has said poor people are too ignorant to understand family planning.

And as a congressman in late 2014, he said that a colleague was not "worth raping; she is very ugly." A judge ultimately ordered him to pay the woman $2,500.