UK to investigate leak of envoy's comments on Trump 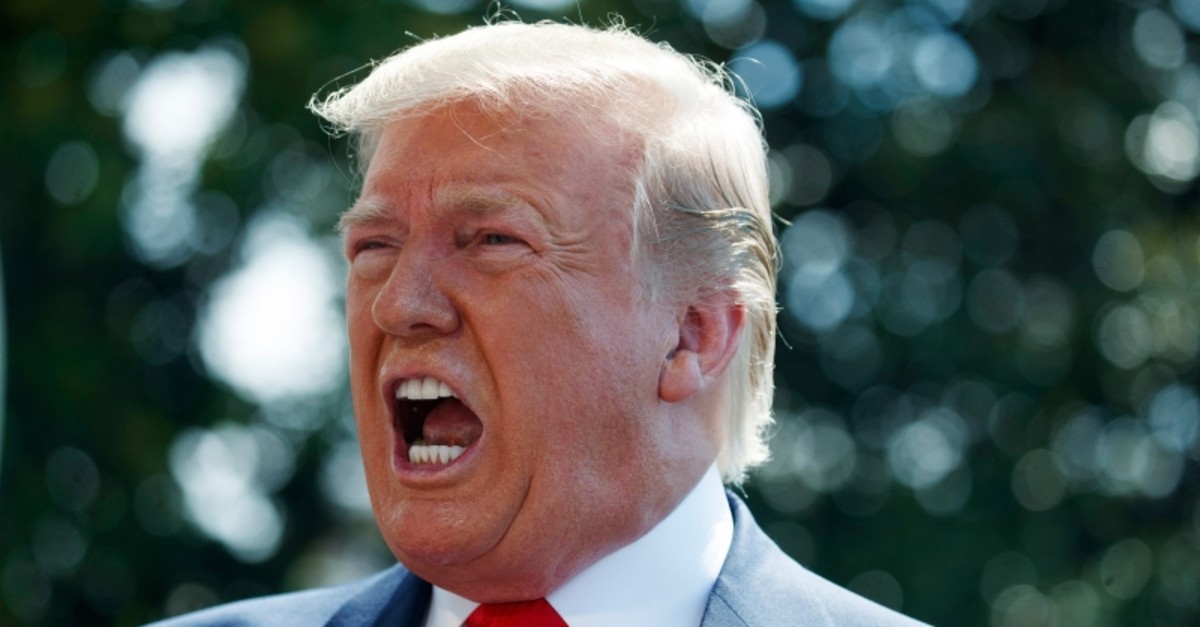 U.S. President Donald Trump talks to reporters on the South Lawn of the White House before departing for his Bedminster, N.J. golf club, Friday, July 5, 2019, in Washington. (AP Photo)
by Compiled from Wire Services Jul 07, 2019 8:10 pm

The British government said late Sunday it will investigate the leak of sensitive memos in which its ambassador to Washington called US President Donald Trump's administration "clumsy" and "inept."

"A formal leak investigation will now be initiated," a Foreign Office spokesman said.

In a series of memos leaked to the Mail on Sunday newspaper, Ambassador Kim Darroch also said the US president radiated "insecurity."

Ambassador Kim Darroch reportedly said Trump's presidency could "crash and burn" and "end in disgrace," in the cache of secret cables and briefing notes sent back to Britain seen by the newspaper.

Darroch is one of Britain's most experienced diplomats whose posting in Washington D.C. began in January, 2016, prior to Trump winning the presidency.