Venezuela talks to resume in Barbados this week, Norway says 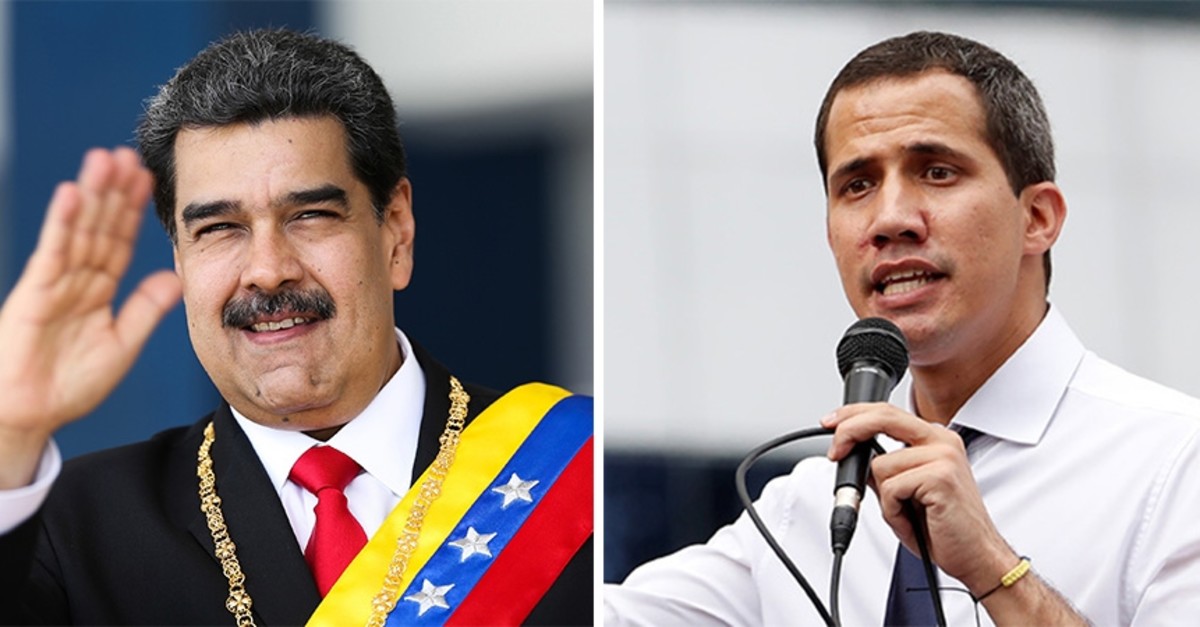 Photo compilation of Venezuelan President Nicolas Maduro (L) and opposition leader Juan Guaido. (Reuters Photo)
by Compiled from Wire Services Jul 08, 2019 11:15 am
Talks between Venezuela's opposition and representatives of President Nicolas Maduro's government will take place this week, mediator Norway said, in yet another effort to resolve the ongoing political crisis in the oil-rich country after the failed Oslo meetings.

The parties announced on Sunday the talks would resume in Barbados but their timing was not immediately clear.

"The parties will meet this week in Barbados to move forward in the search for an agreed-upon and constitutional solution for the country," the Norwegian foreign ministry said in a statement late on Sunday.

Maduro on Friday welcomed the Norway-mediated talks and reiterated his support for all efforts towards constructive dialogue.

Opposition leader Juan Guaido's office said in a statement: "The Venezuelan people, our allies and the world's democracies recognize the need for a truly free and transparent electoral process that will allow us to surpass the crisis and build a productive future."

Guaido in January proclaimed himself as the rightful president of Venezuela dismissing President Maduro's 2018 re-election as a fraud, a move recognized by more than 50 states including the U.S.

However, Venezuelan state institutions as well as the military have put their weight behind the elected leader Maduro.

After facing continuous opposition from the army and people challenging his legitimacy, Guaido and his mostly Western allies in May agreed to participate in initiatives in Oslo.

U.S. has been pushing for a regime change in Venezuela since the country's late President Hugo Chavez came to power in 1998 and subsequently won 10 elections.

Born and raised in the barrios of Venezuela in abject poverty, Chavez was seen as a symbol of the popular will and independence from imperial designs in Latin America, representing the underprivileged segments of the society.

He endorsed Maduro before he died of cancer in 2013.