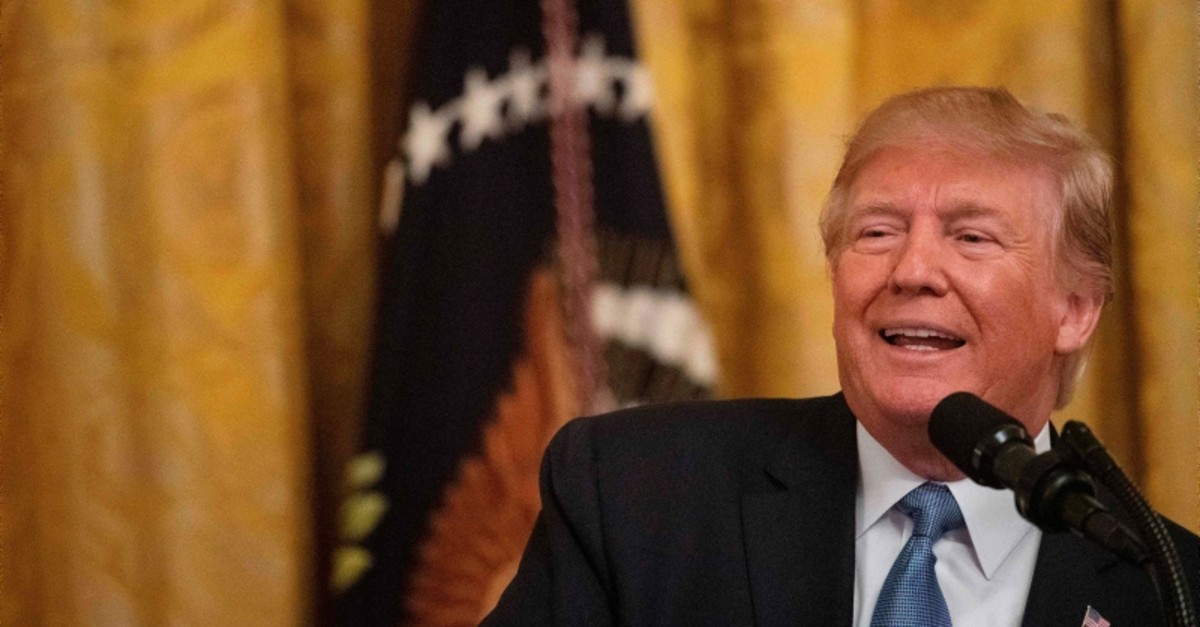 "The wacky Ambassador that the U.K. foisted upon the United States is not someone we are thrilled with, a very stupid guy," Trump tweeted.

"He should speak to his country, and Prime Minister May, about their failed Brexit negotiation, and not be upset with my criticism of how badly it was handled," he wrote.

The U.S. leader also doubled down in attacking British Prime Minister Theresa May regarding Brexit, saying she "went her own foolish way-was unable to get it done. A disaster!"

"I don't know the Ambassador but have been told he is a pompous fool," he continued. "Tell him the USA now has the best Economy & Military anywhere in the World, by far and they are both only getting bigger, better and stronger.....Thank you, Mr. President!"

Tuesday's tweet followed a threat a day earlier to no longer "deal" with Darroch, claiming the envoy is "not liked or well thought of within the U.S."

Hours after Monday's tweet, a spokesman for May's government reiterated the country's "full support" for its ambassador to Washington.

"Sir Kim Darroch continues to have the prime minister's full support," a spokesman said, after the row broke out over the leak of diplomatic cables.

"We have made clear to the U.S. how unfortunate this leak is. The selective extracts leaked do not reflect the closeness of, and the esteem in which we hold, the relationship," the spokesman said in response to the tweets.

"At the same time we have also underlined the importance of ambassadors being able to provide honest, unvarnished assessments of the politics in their country."

He added: "The U.K. has a special and enduring relationship with the U.S. based on our long history and commitment to shared values and that will continue to be the case."

The documents — published in the Mail on Sunday newspaper — have created awkwardness between two countries that are longtime allies. British officials said they were hunting for the culprit behind the leak, which was both an embarrassment to May's government and a major breach of diplomatic security.

Darroch has served as Britain's envoy to Washington since 2016, and the cables cover a period from 2017 to recent weeks.

In the leaked documents he called the Trump administration's policy toward Iran "incoherent," said the president might be indebted to "dodgy Russians" and raised doubts about whether the White House "will ever look competent."