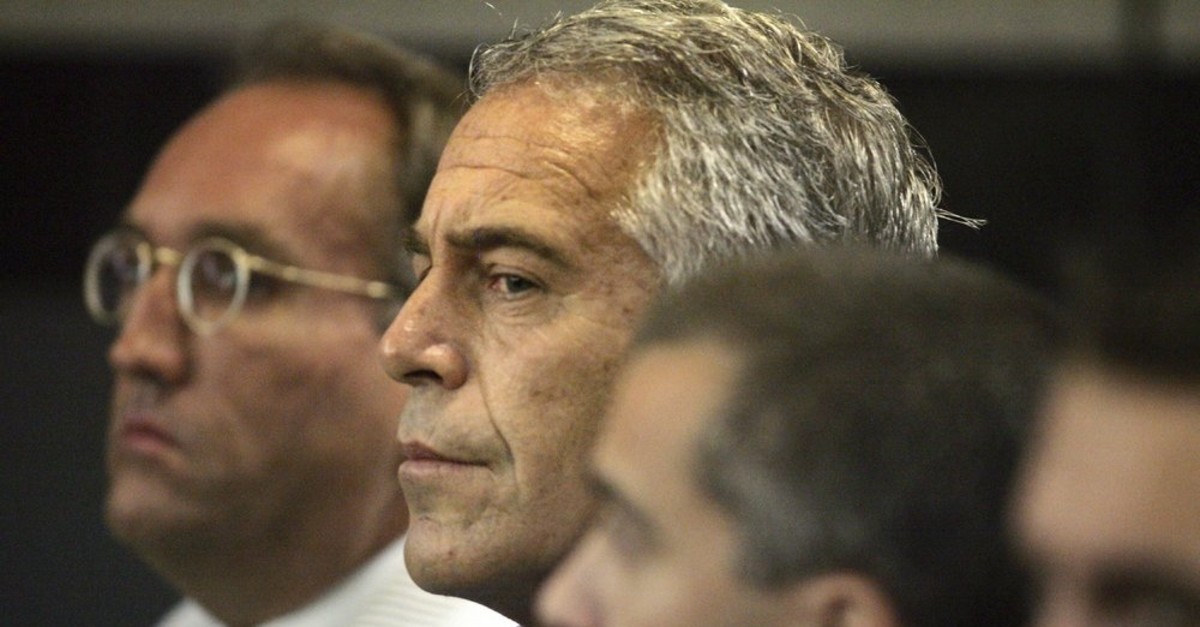 Epstein was found by guards sprawled on the floor of cell at the Metropolitan Correctional Center on Wednesday, media reported. Some media reported that his face appeared blue.

The 66-year-old, who has befriended countless celebrities and politicians over the years, was taken from the Metropolitan Correctional Center in Manhattan to hospital and the injuries are not believed to be serious, media reports said.

Guards are also investigating whether Epstein was the victim of a possible assault -- or if he injured himself in a bid to be transferred out of the jail -- as they piece together what happened.

Prison officials, lawyers for Epstein, and prosecutors were not immediately available for comment when contacted by AFP.

He denies the charges and faces up to 45 years in prison if convicted.

In the ruling, Judge Richard Berman cited Epstein's ownership of a private jet, along with a fake Austrian passport and $70,000 in cash found in his house, as evidence that the financier could skip bail.

Epstein's lawyers had argued that he should be allowed to remain at his home, fitted with an electronic ankle bracelet and with his building under police video surveillance.

Prosecutors say Epstein sexually exploited dozens of underage teenagers, some as young as 14 years old, at his homes in Manhattan and Palm Beach, Florida, between 2002 and 2005.

They claim that Epstein was "well aware that many of the victims were minors."

The girls were paid hundreds of dollars in cash to massage him, perform sexual acts and to recruit other girls, prosecutors allege.

They say that Epstein had an army of recruiters often not much older than their targets who would approach vulnerable teens.

Once recruited, the girls' names were entered into a "little black book."

Alleged victim Jennifer Araoz, 32, told NBC News that she was recruited by a woman outside her New York high school in 2001 to meet Epstein at his Manhattan townhouse. She said that in the fall of 2002, Epstein raped her.

Epstein is also accused of paying off possible co-conspirators to "influence" them, US media have reported.

But he avoided federal prosecution under the plea deal that required Epstein to admit to a single state charge of soliciting prostitution from a minor and register as a sex offender.

He served just 13 months in a county jail before being released in 2009.

Earlier this month, Alex Acosta resigned as US labor secretary amid a backlash over the deal that he negotiated with Epstein while he was a federal prosecutor in Florida.

Epstein is next due to appear in court on July 31.