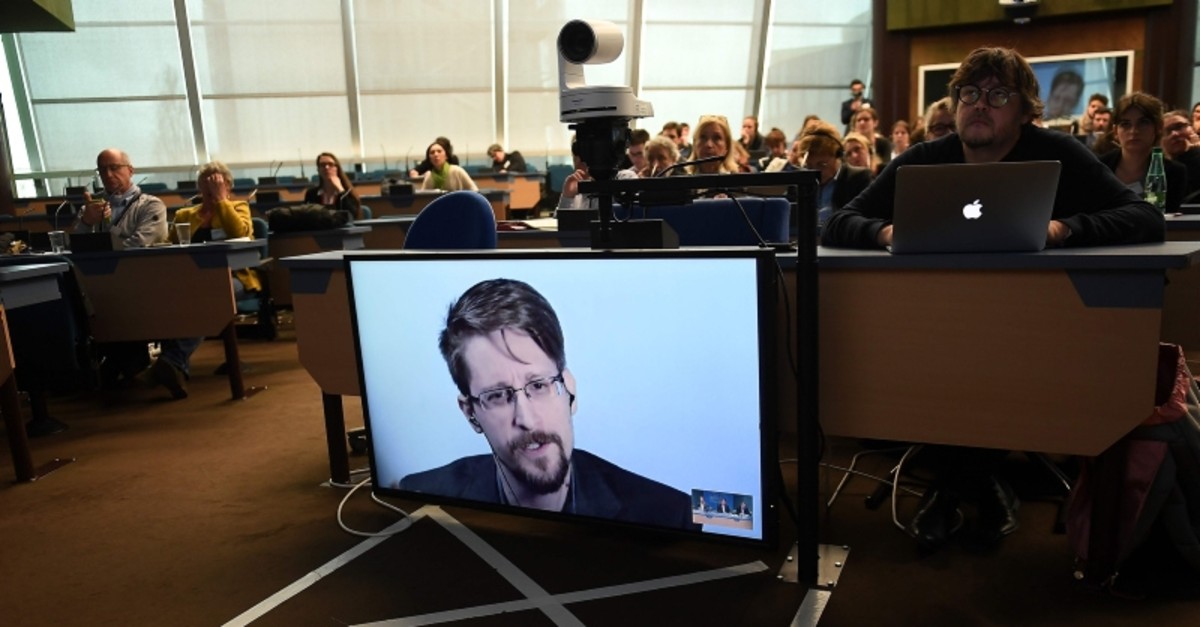 Edward Snowden speaks via video link from Russia as he takes part in a round table meeting on the subject of ,Improving the protection of whistleblowers,, at the Council of Europe in Strasbourg, eastern France (AFP Photo)
by Compiled from Wire Services Sep 17, 2019 11:48 am

Edward Snowden, the National Security Agency contractor living in Russia after leaking information about the U.S. government's mass surveillance program, has said he would like to return home if he can get a fair trial.

Snowden, who faces espionage charges that could send him to prison for decades, stated his desire to return to the United States in an interview with "CBS This Morning" broadcast on Monday.

"If I'm going to spend the rest of my life in prison, my only demand is that is a fair trial, but the American government doesn't guarantee it because it won't allow me to benefit from the public interest defense,"

His book, Permanent Record, will be published Tuesday.

Snowden, who once worked for the CIA in addition to the NSA, has been living in Russia since leaking thousands of classified documents to the press in 2013 which revealed the scope of US government surveillance after 9/11.

Praised as a whistleblower and a privacy advocate by his defenders, the United States accuses Snowden of endangering national security and filed charges against him under the Espionage Act.

Speaking to CBS, Snowden said he was "not asking for a parade.

"And this is the bottom line that any American should require," he said. "We don't want people thrown in prison without the jury being able to decide that what they did was right or wrong.

"They want the jury strictly to consider whether these actions were lawful or unlawful, not whether they were right or wrong," Snowden said. "And I'm sorry, but that defeats the purpose of a jury trial."