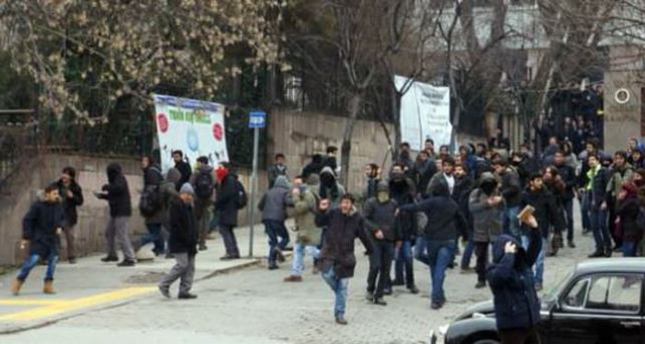 Turkish police have intervened in the clashes between rival student groups in Ankara University on Monday afternoon.

A group commemorating the Charlie Hebdo attacks and the eight anniversary of the death of Turkish Armenian journalist Hrant Dink clashed with another student group that was delivering a statement against the commemorations.

The pro and anti-Charlie Hebdo groups clashed with each other at the campus, using sticks, throwing stones and empty glass bottles. The police intervened by using pepper spray to disperse the groups.

Today is the eight anniversary of the death of the Turkish Armenian journalist Hrant Dink, who was murdered in 2007.

A large group held a ceremony in front of the Agos Daily, where Dink worked as an editor-in-chief, located Istanbul's Şişli district.

Police have taken extra measures to avoid any unrest in areas where groups are expected to hold commemorations.