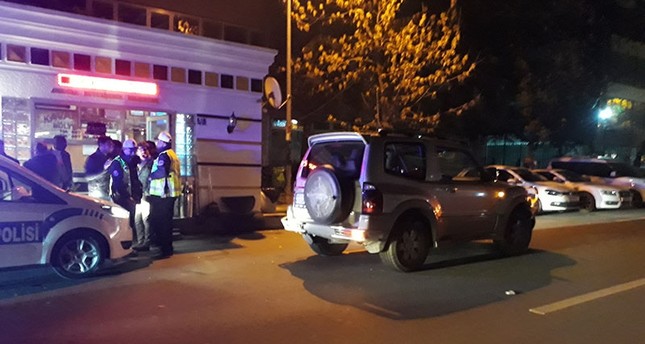 A staff member from the Embassy of Ethiopia in Ankara was involved in two accidents late Sunday, refusing to take a breath test while causing a hard time for police officers and locals.

The drunk driver first hit a car in the underpass leading to Tunus Street in Çankaya district and then fled the scene with his vehicle. Only 700 meters away, he hit another car and caused it to collide with a taxi, injuring one person.

When police arrived at the scene and wanted to apply an alcohol test to the drunk man, he refused.

The man was also involved in an argument with other drivers, who reportedly said that he would create a diplomatic crisis between Turkey and Ethiopia.

Burak Apaydın, the driver of the second car hit by the drunk embassy staff, claimed to reporters that the man said, "I will cause war between Turkey and Ethiopia."

The man was taken to a police station for further processing.

Share on Facebook Share on Twitter
Previous in Ankara Regarded as a symbol of unnecessary expenditure for the capital of... Next in Ankara The street where the embassy of the United Arab Emirates in Ankara...
DAILY SABAH RECOMMENDS