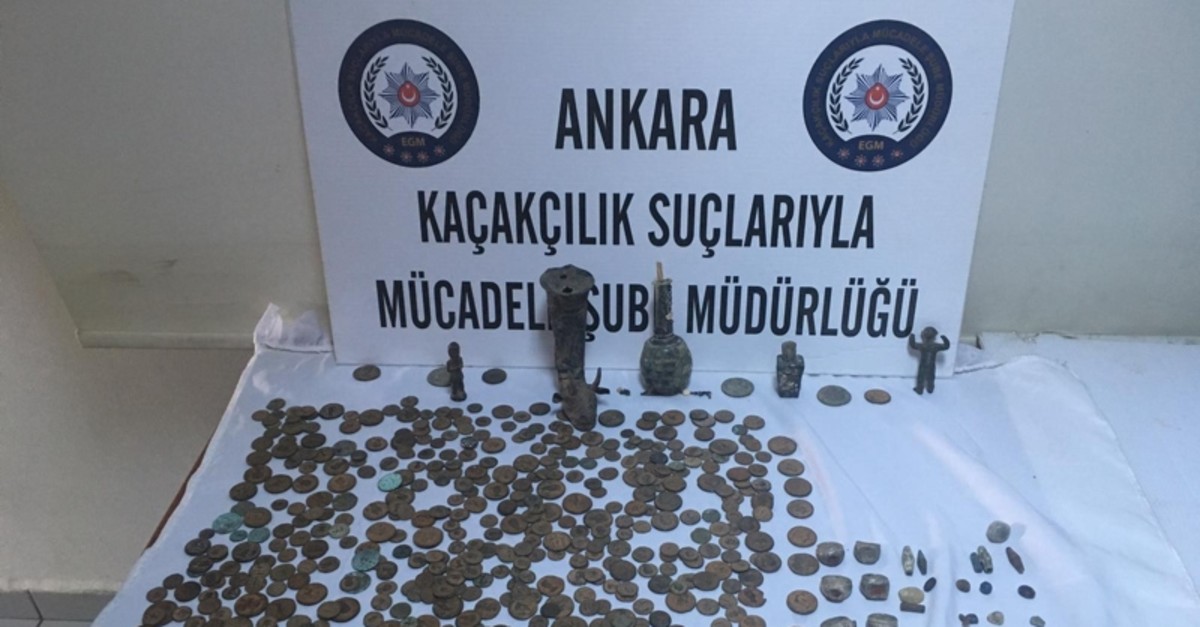 Turkish security forces have seized a bunch of Roman-era historical artifacts in an anti-smuggling operation in capital Ankara on Wednesday.

The anti-smuggling unit of Ankara Police conducted a search in a vehicle in the Etimesgut district upon suspicion, reports said.

Suspects identified as S.K., and A.G. were detained in connection with the smuggling incident.