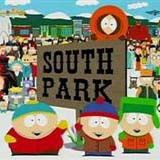 A recent episode of famous American animated TV show “South Park” featured an image of terrorist attacks being carried by al-Qaeda aircraft bearing Turkish flags, drawing complaints from Turks for an apparent attempt to link the terrorist group and Turkey.

The plot of the episode, titled "Jersey Things," jokingly posited that New Jersey's inhabitants were slowly expanding and taking over a greater portion of the United States. Following a zombie-like siege of the small town of South Park, Colorado, the town's inhabitants fight back against "the tanned, sleeveless hordes."

One of the show's characters then decides that the solution to the Jersey "problem" is to request help from the elusive al-Qaeda leader Osama bin Laden. After bin Laden agrees, suicide bombers crash into South Park's Jersey population with planes that bear Turkish flags.

The "South Park" episode comes shortly after a similar but unrelated move by the Christian Action Network, a US-based right-wing organization, which recently produced a documentary on Sept. 11 featuring a Turkish flag flying among the debris of the World Trade Center on the film's promotional poster. The documentary, which was filmed in response to proposals to build an Islamic center and a mosque near Ground Zero, the site where the World Trade Center had stood, is titled "Sacrificed Survivors: The Untold Story of the Ground Zero Mega-Mosque."

After receiving many complaints about the image, the organization recently announced that they "did not mean to single out Turkey and therefore, the cover will be altered to include the flags of Saudi Arabia, Pakistan, Iran, Sudan and Syria." The organization also argued that "the flags that will be depicted are of countries that have instituted Sharia law in their country and/or sponsor the spread of radical Islam."

Earlier this month, a report posted from Islamabad by The Associated Press suggested that a former member of the Turkish military was among militants operating in Pakistan. "A senior official of Pakistan's Inter-Services Intelligence agency, or ISI, told The Associated Press that there are believed to be 'several dozen' people with European citizenship -- many of Pakistani origin -- among the Islamic extremists operating in the lawless border area. The official, who spoke on condition of anonymity because he was not supposed to talk about classified information to the media, said foreigners in the area also include Chechens, Uzbeks, Arabs and Turks, one of whom was a former F-16 pilot in the Turkish Air Force," the report said.