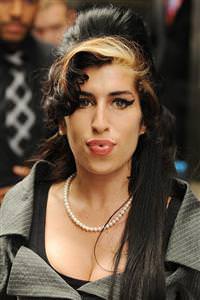 The record has been put together by producers Mark Ronson and Salaam Remi, who worked with the British singer before she died in July aged 27.

"It was said by all who worked with Amy that she never sang or played a song the same way twice," the statement read.

The new record includes "Between the Cheats," a new Winehouse composition recorded in 2008 for possible inclusion on a third album, and "A Song For You," described as "heartbreaking and emotional."

It is a new version of the Leon Russell classic also sung by Donny Hathaway, Winehouse's favorite artist.

The recording features Winehouse's voice and her guitar and was made in a single take in London in 2009 as she "battled her demons."

Winehouse, famous for her distinctive voice, "beehive" hairstyle and public battles with addiction, was found dead in her north London home on July 23.

An inquest into her death found she had more than five times the legal driving limit of alcohol in her blood when she died.