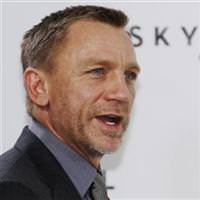 Daniel Craig will be back dodging bullets and vanquishing villains from China to Turkey in the 23rd installment of the James Bond film franchise, but the stars and director of "Skyfall" are keeping the who, what and how under wraps for now.

As previously announced, Oscar-winning director Sam Mendes directs his first Bond adventure, which celebrates its 50th anniversary in 2012 when Skyfall is released.

One of the few details Mendes revealed to more than 100 reporters from around the world at the film's London press launch were his cast and the locations of the blockbuster, which starts production on Monday.

All five were at the press briefing, where they were joined by Bond producers Barbara Broccoli and Michael Wilson.

In addition, Mendes said the latest installment in one of cinema's longest and most successful film franchises will feature Ben Whishaw "who will be playing a part I can't tell you about in scenes I can tell you nothing about.

"And Albert Finney, who will also be playing a part I can tell you nothing about in scenes that I can't really tell you about and Ralph Fiennes, who, similarly, I can give you very little information about."

Asked whether he had not named all of the characters the leading actors would be playing because Bond fans might recognize them, the "American Beauty" director replied: "They might do. On the other hand they might not."

What producers have confirmed is that Skyfall will take Bond on another action-packed mission to London, Shanghai, Istanbul and Scotland.

A press release gave a brief plot outline, saying Bond's loyalty to M is tested "as her past comes back to haunt her.

"As MI6 (British intelligence) comes under attack, 007 must track down and destroy the threat, no matter how personal the cost."

Mendes and his producers sought to reassure fans that tough economic conditions in the real world would not make the fictional exploits of the suave superspy any less spectacular.

"It, I think, has all the elements of a classic Bond movie, including, to quell any rumors, a lot of action," Mendes said.

The 22nd Bond movie, "Quantum of Solace," cost an estimated $200 million to produce, more than the previous installment and Craig's Bond debut "Casino Royale," which cost a reported $150 million.

Any extra outlay did not translate into higher ticket sales, however, with Casino Royale earning $594 million at the global box office and Quantum of Solace $586 million, according to website www.boxofficemojo.com.

Sony Pictures, part of Sony Corp, will distribute Skyfall, which is set to hit British theaters on October 26, 2012 and U.S. cinemas on November 9 after a studio bankruptcy put production on hold for months and the last movie earned mixed reviews.

Next year is the 50th anniversary of the series, which began in 1962 with Sean Connery -- breathing life into the character created by former intelligence officer and novelist Ian Fleming -- on Her Majesty's secret service in "Dr. No."

Debt-laden Metro-Goldwyn-Mayer Studios Inc, known for its roaring lion logo and behind some of Hollywood's most fabled films including "The Wizard of Oz," filed for bankruptcy in November last year.

But two months later it confirmed Bond 23 would hit theatres in November, 2012, and in April MGM and Sony announced they would co-finance and distribute the next two Bond movies.

Craig's first appearance as Bond in 2006 was hailed as a refreshing change in direction toward a tougher, more serious 007, and reviews were overwhelmingly positive.

Quantum of Solace fared less well with the critics, although positive reviews still outweighed the negative and both films were commercially successful.

When Craig was asked if he would continue in one of cinema's most recognizable roles for a few more years, Broccoli interjected and said: "Yes, definitely."