Rapper Heavy D is dead at 44 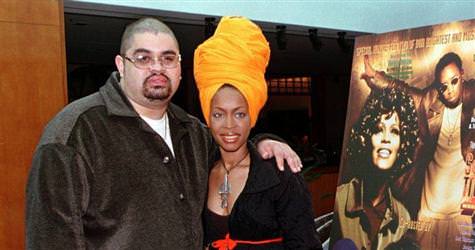 Rapper Heavy D, who rose to fame during the 1990s and scored hit singles such as "Now That We Found Love", died on Tuesday after collapsing outside his Beverly Hills home. He was 44.

Beverly Hills Police Lt. Mark Rosen said in a statement that the rapper, whose real name is Dwight Arrington Meyers, was found on a walkway at 11:25 a.m. PST outside his condominium. He was conscious and talking, but having difficulty breathing. Paramedics were called and the singer was rushed to a nearby hospital.

"The individual ultimately died at the hospital," Rosen said. He added that there were no signs of foul play, and the death is believed to be medically related. An official cause is pending an autopsy by Los Angeles County coroners.

The singer's New York-based agent was not immediately available for comment.

Rotund rapper Heavy D was born in Jamaica and moved to Mt. Vernon, New York as a child. He enjoyed hip hop music as a kid and formed his first group, the Boyz, with high school friends who took the stage names DJ Eddie F, Trouble T-Roy and G-Wiz.

The group became Heavy D & The Boyz and released their first album in 1987, which included singles "Mr. Big Stuff" and "The Overweight Lover's in the House." Their breakout album came with 1989's "Big Tyme," which included the hits "Somebody for Me" and "We Got Our Own Thang."

The band met with tragedy in 1990 when Trouble T-Roy died in an accident. One year later, they scored their biggest hit with the album "Peaceful Journey" and single "Now That We Found Love," which reached the top five on R&B charts and crossed over to mainstream pop audiences.

A string of hits followed in the 1990s. The band sang the theme song for popular TV show "In Living Color," and Heavy D's 1999 CD "Heavy" became his seventh album to chart among the R&B top 10.

During those years, the rapper also began acting, working in small roles on film and TV before landing a role in high-school TV drama "Boston Public". His film work included parts in "The Cider House Rules," "Step Up" and "Big Trouble."

Musicians and fans mourned the rapper's death on Twitter.

"U will be missed Heavy D so many laughs we've shared but your Music is Timeless and will Always be Around 4ever Love u Heav...," posted rapper Missy Elliot.

"NCIS: Los Angeles" star LL Cool J also tweeted, "May GOD embrace the soul of Heavy D and Bless his family. I respected you Heavy and I always will."

R&B artist Ne-Yo, who was with Heavy D in London recently, said "Had I known it'd be the last time I'd see him, I woulda told him he was truly great. RIP..."

Heavy D performed at the 2011 BET Hip Hop Awards and at the Michael Jackson tribute show in Cardiff, Wales, both in October.