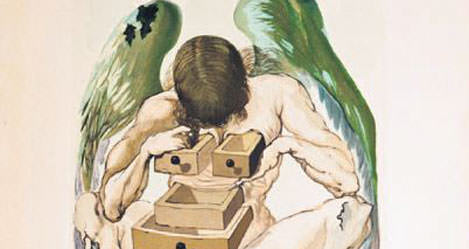 Istanbul is soon to host another exhibit of the surrealist painter Salvador Dali’s works. The exhibit opens December 23rd at Tophane-i Amire and will have 121 works from the artist on display.

Salvador Dali is coming to Istanbul again. When in 2008, an exhibit entitled "A Surrealist in Istanbul-Salvador Dali" opened at the Sakıp Sabancı Museum, a total of 252,000 Istanbullites flocked to see the famous painter's works. This time, 121 of the famous surrealist's works will be on display at the Tophane-i Amire from December 23rd to February 26th, 2012. The pieces of art, for the exhibit hosted by Mimar Sinan Fine Arts University (MSGSÜ) are coming to Turkey as part of a collaboration with InArtis and Kült, which also boasts a collection of internationally acclaimed artists. The pieces that will be on exhibit consist of works from Dali's The Divine Comedy, Memoirs of Surrealism and Les Diners de Gala. As is evident, the pieces compiled under Salvador Dali's The Divine Comedy compilation have been influenced by Dante's works of the same name. The pieces, which have also influenced the likes of Botticelli, Flaxman, Blake, Delacroix and Rodin were produced in the 1950's. These works were actually derived a result of the Italian government's initiative. In order to commemorate Dante's 700th birthday, the Italian government commissioned Dali to illustrate The Divine Comedy. Although this has been a source of criticism, both art critics and the artist himself have referred to the work's as the most attention-drawing' of the artist's career. In the Istanbul exhibit there will be 100 of Dali's works on The Divine Comedy on display.
SURREALISM IN ITSELF
The other works of Dali to be on exhibit in Istanbul are from his Memoirs of Surrealism and Les Diners de Gala lithograph series. The works under the Memoirs of Surrealism category consist of nine lithographs done in 1971 in Paris, while Les Diners de Gala consists of 12 lithographs done in the same year. With a desire to be a cook stemming from his childhood, Dali created these pieces at the age of 68 based on famous restaurants' and chefs' menus and recipes.
Tickets have already gone on sale by Biletix for the Dali exhibit, which opens on December 23rd at Tophane-i Amire. www.dalisergisi.com