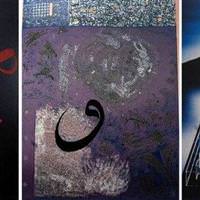 A masterpiece painting made in 1984 by Erol Akyavaş entitled ‘Vav’, which contains elements reflecting the Islamic philosophy school of thought, has sold for 425,000 liras.