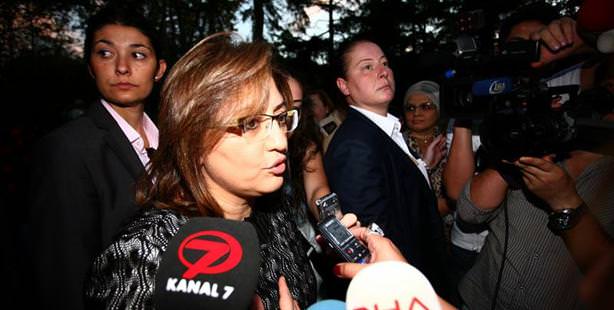 This year’s Second International Crime and Punishment Film Festival, will bring 150 films dealing with the theme ‘Violence and Discrimination Against Women’ to Turkey from September 26th to October 4th.

Speaking to members of the press at the festival's opening, Minister Şahin emphasized the importance of the film industry's influence in transforming and raising awareness in society, and stated, "A rise in awareness and societal change arises from festivals like this. This year's theme is violence direct against women. These efforts are extremely important. We always say the same thing about violence. This issue is a problem that is a multi-faceted variable that is not possible to solve directly or through an order by law. We live in a world of information and technology. We know that imagery has become a rising value. Therefore, we need to use the world of cinema very well."

Şahin went on to draw attention to the fact that these sorts of festivals are extremely important in terms of positively influencing change, increasing literacy and reaching solutions and said that those who deliver the right message should be awarded.

Emphasizing that violence against women is not something that can solely be solved in the parliament, Şahin said that this issue is something that can only be solved by the mobilization of Turkey's 74 million. "Hopefully these efforts will continue and our country will transform into one in which love, compassion and mercy will be a rising value and not violence," stated Şahin.

This year's International Crime and Punishment Film Festival, which runs until October 4th, will be showing 150 films, 90 of which were foreign productions from a total 50 different countries. Sixty of the films showing are full length features, 25 are documentaries and nearly 60 are short films. The festival will also be hosting 14 panels, a symposium and two conferences focused on the theme of 'Violence and Discrimination Against Women'.