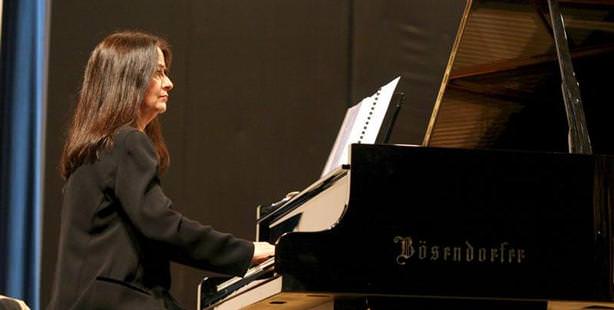 One of Turkey’s longest-running festivals, which have jazz-lovers anticipating its arrival annually, the Akbank Jazz Festival, has begun.

With a long-winded program, which can be seen in its entirety on www.akbanksanat.com, this year's festival will include workshops, panels, competitions in addition to a long list of performances. The following are just a selection of some of the shows that will be coming to Istanbul from October 3rd to the 21st.

Known as Snow Owl, Juan Sebastian Garcia-Herreros is internationally acclaimed for playing a customized 6-stringed Electric Contrabass Guitar. Joining him is one of "Jazz" magazine's top five guitarists of the decade Bilal Karaman. One of Bulgaria's most significant percussionists Stoyan Yankulov and four Grammy award-winning musician Roberto Quintero and Marcio Tubino, will be bringing up the rear for The Snow Owl 5tet. On October 4th, Juan Garcia-Herreros will be sharing his expertise both theoretical and practical for music-lovers in this very special workshop, which will be free and open to the audience.

Consisting of three different uniquely exceptional voices, The Three Ladies of Blues, provide a visual and melody feast. The group, which is sexy, strong and lively, is also the best representatives of jazz, blues and gospel. Joan Faulkner, Harriet Lewis and Joanne Bell, which make up The Three Ladies of Blues, will be taking the audience back to the old days of Harlem.

Zurich-based composer and pianist Nik Bärtsch will be joined by Kaspar Rast on drums, Thomy Jordi on bass, and Sha on alto saxophone, bass and contrabass clarinet. Highly regarded as one of the best representatives of the traditional groove music, Ronin's style blends various genres like funk, modern, classical and traditional Japanese music. Ronin's audience should expect a little less conversation and a whole lot of pure musical expression.
October 5th 2012, Friday

The Istanbul-based Barıştık Mı draw attention with their unique and gloomy style which can be defined as a fusion of experimental, improvisational indie and folk. Their performance is a must-see this year for promising discoveries.

Originally from Tokyo, and now based in London, Anchorsong aka Masaaki Yoshida, is a producer and solo live act. He become globally recognized for his unique live shows, which many people have described as being "like watching a painter drawing on a white canvas", as he creates electronic music completely live using a sampler and a keyboard, right in front of the audience. Before his solo career he played guitar in a rock band. Anchorsong successfully conveys vibrant energy, warmth to electronic music during his live acts.

DJ'sWhite Mink lends a whole new atmosphere to old swing vinyls which they will be playing at Babylon Lounge on Fridays 5th and 12th of October. White Mink has played in some of the world's biggest festivals, including the Glastonbury, Bestival and Big Chill festivals.

Greek composer Eleni Karaindrou, studied piano and theory at the Hellenikon Odion, Athens and ethnomusicology in Paris between 1969-1974. Karaindrou gained widespread fame through the soundtracks for Theo Angelopoulos' films Dust of Time, The Weaping Meadow, and Ulysses' Gaze. Although most of her work has been with the Greek director, she has also collaborated with Chris Marker, Jules Dassin and Margarethe von Trotta. The soundtrack album of "The Weeping Meadow" was also performed as a symphony by the Athens Symphony Orchestra. The "Elegy of the Uprooting" album and DVD she recorded in collaboration with Maria Farantouri and a total of 110 orchestra members, became a global hit in 2005. Karaindrou will be performing with Ender Sakpınar conducting an orchestra of 31 musicians. The concert will also commemorate director Theo Angelopoulos, who recently lost his life in a motorcycle accident on January 24, 2012.

Jens Thomas has worked with many important musicians such as Carla Bley, Ed Schuller, Albert Mangelsdorff and Michael Gibbs throughout his career. His first album was released in 2001, followed by three more records until the release of "Speed of Grace" in February 2012 - an experimental album which transformed AC/DC songs into ballads. Also known to incorporate reflections of his shamanistic faith into his music, Thomas' performance at the 22nd Akbank Jazz Festival will welcome much experimentation and elements of surprise.

Lura became fascinated with traditional African music and eventually turned out to be a shining representative of the Capo-Verde genre. Lura will bring a medley of tears, joy and excitement through beautiful rhythms and of course, dance to jazz lovers at Babylon on October 6th. .

Born in Rio, Ricardo Imperatore is a drummer and percussionist maestro who has played with a number of artists like Suzan Vega, Man at Work, Midnight Oil, Tit£s and others. In the year of 2000 he created the boTECOeletro project which was chosen the best album of the year in the electronic category, at the 2005 TIM Music Awards.

One of the most legendary jazz musicians of the 20th century, Miles Davis is also known for his legacy of inspiration and success. Miles Smiles is a project incorporating global jazz musicians who have all worked with and been inspired by Davis in a period of their life. The band features legends in their own right, including Larry Coryell, the bassist of The Rolling Stones, Darryl Jones, Joey DeFransesco, Bill Evans, Omar Hakim and Miles Davis' only trumpet student, Wallace Rooney. 20 years after his passing, the legacy of Miles Davis is is still alive thanks to projects like this. Miles Smiles will be presenting us a great performance as Davis' students come out to interpret some of the best works of their master.

The ACT Jubilee was established by the world's largest jazz record company ACT, which represents many famous talents including Nils Landgren and Vijay Iyer. The concert series has succeeded in eradicating all misperceptions that jazz is a genre suitable only for small clubs and venues. Active since February 2012, the ACT Jubilee have redefined the standards of a jazz concert, while in celebration of the 20th anniversary of the Munich-based label, the 9 musicians in the project thrilled their German audience at the premier. The ACT Jubilee will perform at this year's Akbank Jazz Festival with German pianist Michael Wollny, trombonist Nils Landgren, vocalist Caecilie Norby, Finnish trumpeter Verneri Pohjola, French saxophonist Céline Bonacina, Swedish bassist Lars Danielsson and guitarist Johan Norberg for an unforgettable jazz feast.

Composer and clarinetist Oğuz Büyükberber is widely known in Turkey and in Europe with his work in jazz, contemporary and electronic styles. Regarded highly with his improvisations at bass clarinet, Büyükberber has recorded five albums and featured in more than 40 albums. Dutch composer and pianist Guus Janssen boasts more than 37 album releases. Janssen has also composed four operas. He is most known for successfully adapting classical jazz to modern compositions in improvisational styles, which gained him the Johan Wegenaar prize. Büyükberber and Janssen will be performing with the Dutch double bass maestro Ernst Glerum and percussionist Michael Vatcher.