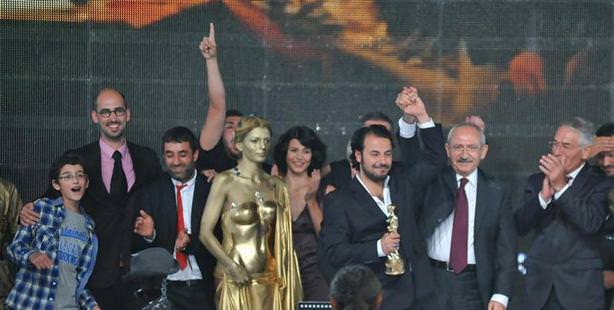 One of the outstanding favorites in the National Competition was "Güzelliğin On Par' Etmez" (Your Beauty is Worth Nothing), directed by Hüseyin Tabak, a student of acclaimed Austrian director Michael Haneke, which was selected Best Film.

"Güzelliğin On Par' Etmez" took away a total of six awards for categories Best Film, Best Screenplay, Best Actor, Best Supporting Actress, Best Film Editing and the Behlül Jury Award. The film tells the story of a Turkish family's immigration to Austria from the eyes of a child and through a famous song by Aşık Veysel of the same name. "Zerre" was also a favorite and walked away with four awards.
The following is a list of the main awards in the 2012 national competition:

This is a translation of an article originally written by Olkan Özyurt.