The 'Hürrem Sultan' ballet takes the stage in Istanbul 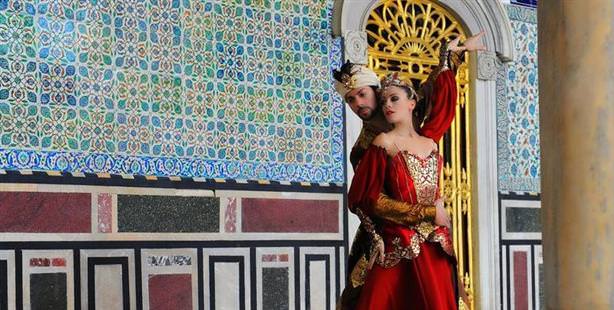 The Istanbul State Opera and Ballet will be bringing back their performance of 'Hürrem Sultan', which first showed last season to ballet-lovers. The production was composed by Nevit Kodallı and choreographed by Oytun Turfanda in 1977 and performed by the Ankara State Ballet. Now, 35 years later the revived production, directed by Deniz Olgay Yamanus and Oktay Keresteci will be staged for Istanbul ballet-lovers.

The ballet depicts the love of Süleyman the Magnificent and his wife Hürrem Sultan and tells the dramatic story of her intentions to bring her offspring to power, which leads to Sultan Süleyman having to kill his own son.

Considered a veteran of ballet in Turkey, the late Oytun Turfanda choreographed and first staged this production in 1977 to much fanfare. Last season, the Istanbul State Opera and Ballet revived the production in commemoration of the ten-year anniversary of Turfanda's death.

The ballet's costumes were designed by Serdar Başbuğ and the stage design, which reflects the historical Ottoman decadence of the period, was done by Efter Tunç.