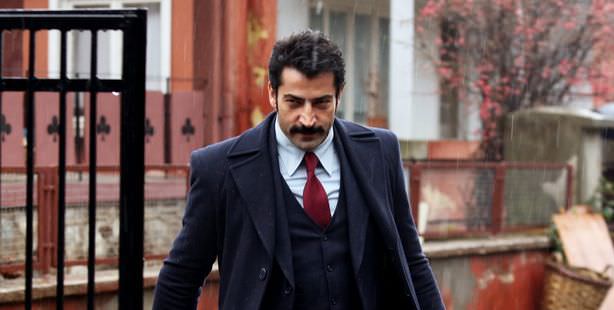 ‘Karadayı’, the television series produced by Atv has been nominated for the “Best Television Series” category in South Korea’s Seoul International Drama Awards.

The popular Turkish television series 'Karadayı' has been nominated for the "Best Television Series" category at the Seoul International Drama Awards. According to viewer votes, 'Karadayı' is the probable winner for the accolade which will be handed out at the awards ceremony held on September 5th in Seoul.

Atv's popular television show 'Karadayı', which has fast become a phenomenon, will soon be making its mark on the 2013 Seoul International Drama Awards. The television show, which stars Kenan İmirzalıoğlu, Bergüzar Korel and Çetin Tekindor', has now been selected as one of six international television dramas competing for the title of "Best Television Series". The other contenders in the category is 'New Beginning' which hails from Portugal, 'Srugim' from Israel, 'Village Escape-2' from Kazakhstan, 'The Red Band Society' from Spain and '20 Minutes' from Turkey.

Viewers are able to vote for their favorite show on the competition website. As of now, 'Karadayı' has received the most viewer support. Leaving its competitors in its wake, 'Karadayı' has received over 51,000 votes. 'Karadayı' is followed by 'The Red Band Society' which has received 6,000 votes. The Seoul International Drama Awards will be held on September 5th at the Korean National Theater. Last year, the drama 'Ezel', which also starred Kenan İmirzalıoğlu, was the recipient of a special acknowledgement award.

This is a translation of an article originally written by Merve Yurtyapan.