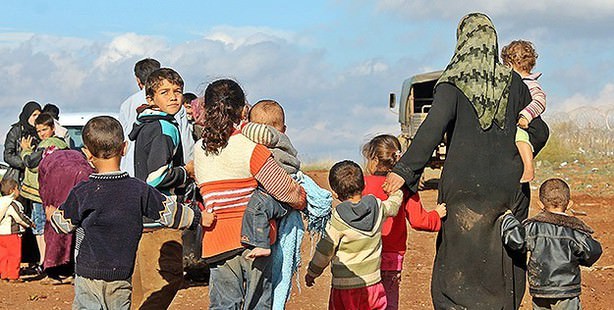 A photo exhibition entitled "Humanitarian Tragedy in Syria" opened on Saturday at the Lutfi Kirdar Congress & Exhibition Hall in Istanbul.

The exhibition displays the tragedy unfolding in Syria through 75 photos which were selected among 30,000 photos taken by AA photo journalists and correspondents in Syria as well as along Turkey-Syria border between the years 2011 and 2013.

Guests from 56 countries who are currently visiting Istanbul to attend a meeting of Parliamentary Assembly of the Organization for Security and Cooperation in Europe (OSCE) also had a chance to browse the heart-wrenching exhibition. .

The exhibition will end in Istanbul on July 3, and then it will move on to the capital Ankara.