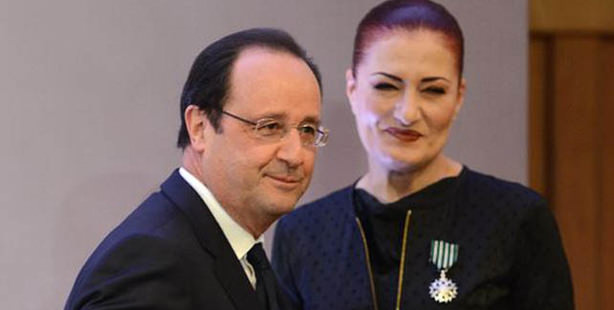 Erçetin, a singer and songwriter who also teaches law at Galatasaray University, was awarded the honorary title during a ceremony at the Istanbul university.

Hollande praised Erçetin for her performance at a presidential dinner in Ankara the previous evening. Erçetin said her education at Francophone Galatasaray High School shaped her life and expressed her admiration for French culture.