Yalova’s paper museum open to visitors with an appointment 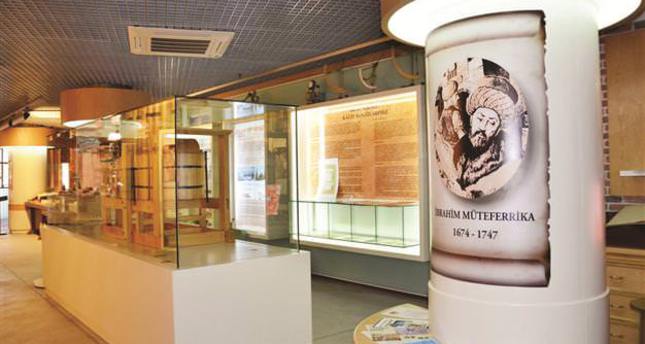 İbrahim Müteferrika, the first Ottoman to run a printing press with movable Arabic type, built a paper factory to meet his printing house’s demand in Yalova

Yalova Municipality opened a museum inspired by this factory nearly two years ago, and thanks in part to intense interest, the museum had to adopt a reservation system to accommodate all the requests from potential visitors. Speaking to an Anadolu Agency reporter, museum representative and art historian Aytekin Vural said that they will offer new exhibitions to their visitors as they approach their second anniversary. Recently, the International Association of Hand Papermakers and Paper Artists (IAPMA) announced the museum's candidacy for the biennial World Paper Congress.

"This is a very proud moment for us because if they choose us, Turkey will host an international paper congress for the first time and we will organize it," Vural said, adding that hundreds of local and foreign experts are expected to attend to the congress. Vural underscored that their museum attracts a great deal of attention since it is the sole paper museum in Turkey. In addition to local tourists, foreign tourists visit the museum as well, particularly ones from Spain and Hungary. "Hungarian tourists have a special place for us because İbrahim Müteferrika was Hungarian," Vural said. Hungarian tourists come to Yalova in groups. Apart from tourists, scientists who come to Turkey for congresses or research stop by the museum. "We believe that the traditional Yalova paper will be remembered hundreds of years later around the world as Turkish paper," Vural expressed.

According to Vural, the museum drew approximately 20,000 visitors during its first year of being open, "however, we have already welcomed over 50,000 tourists with six months still to go to mark our second anniversary." The intense interest in the museum led the administration to begin using a reservation system for visitors. Guests can also participate in paper production upon their visit to the museum. If the visitors make appointments beforehand, museum staff is able to offer better service and they can also work more comfortably in the workshops. "When the museum was newly opened, it was a pleasure to welcome anyone walking in," Vural said, emphasizing that hosting visitors is always a pleasure for them. "But due to so much interest in the museum, we had to begin using the reservation system," he added. The future plan for the museum is to have it listed among the top three private museums of Turkey, as Vural presumes they are already among the top 10. Entry into the museum is free of charge and those who are interested in taking souvenirs for their loved ones are offered the raw material used to make paper.