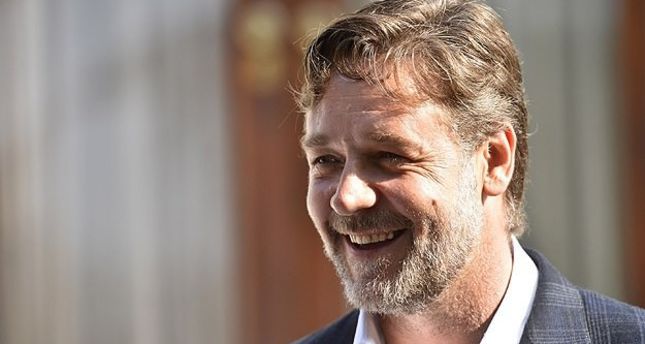 by Daily Sabah with Agencies
Nov 24, 2014 12:00 am
New Zealand-born actor, Russell Crowe, has voiced his view on the battle of Gallipoli in an interview with Mike Willesee on the Seven Network, saying Australia 'invaded a sovereign nation'.

Crowe has been promoting his new film 'The Water Diviner' –which he both directs and plays the leading role in—and gave the controversial interview, outlining his thoughts on the battle of Gallipoli, a notable failed offensive by the Allies in World War I. Crowe's comments on Gallipoli, in which he expressed regret over what he called 'an invasion to a sovereign nation', have sparked controversy on social media.

While speaking about his new film, which is set four years after the Battle of Gallipoli, Crowe said that at Gallipoli "Australia invaded a sovereign nation" and it was time to stop celebrating the mythology of Gallipoli.

"You know, I think, after 100 years, it's time to expand that mythology. And I think we should be mature enough as a nation to take into account the story that the other blokes have to tell. You know, because we did invade a sovereign nation that we have never had an angry word with." Crowe said.

"For all the heroism you want to talk about, you know, for me, a fundamentally more important conversation is the waste of life and these things should, you know, we shouldn't celebrate the parts of that mythology that shouldn't be celebrated" he added.