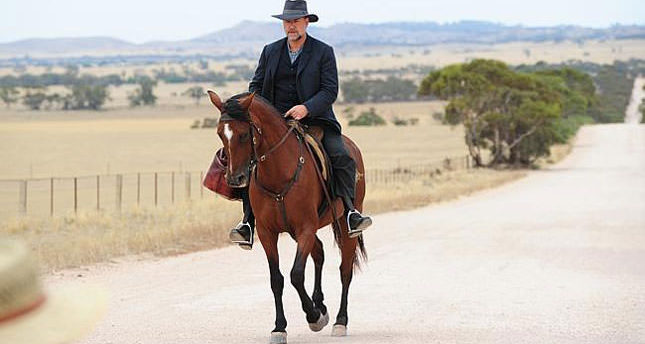 by daily sabah
Nov 26, 2014 12:00 am
New Zealand-born actor and director Russell Crowe sparked a debate with his "Gallipoli invasion" comments during an interview with Mike Willesee on Australia's Seven Network. "Australia invaded a sovereign nation," he said while speaking about his new film "The Water Diviner" to be released on Dec. 26. "You know, I think, after 100 years, it's time to expand that mythology. And I think we should be mature enough as a nation to take into account the story that the other blokes have to tell. You know, um, because we did invade a sovereign nation that we never had an angry word with," he continued.

The interviewer said he had never heard such a comment before to which Crowe retorted, "And I think it's time it should be said." His controversial comments opened up a social media debate in Australia and New Zealand. "For all the heroism you want to talk about, you know, for me, a fundamentally more important conversation is the waste of life and these things should, you know, we shouldn't celebrate the parts of that mythology that shouldn't be celebrated," Crowe added. The actor stars and directs his new film set four years after the Battle of Gallipoli, which took place between 1915 and 1916. "The Water Diviner" depicts the story of an Australian man who travels to Turkey after the war to find his three missing sons. Two famous Turkish actors Yılmaz Erdoğan and Cem Yılmaz also star in the film.