Artwork seized from Jewish families to be returned 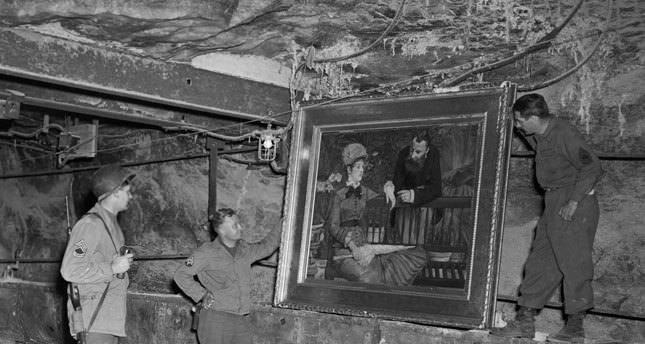 by daily sabah
Nov 26, 2014 12:00 am
A Swiss museum said it will return a vast collection of art seized from Jewish owners by the Nazis during World War II and later amassed by German art dealer and historian Cornelius Gurlitt. The Kunstmuseum Bern announced that all stolen art works will be returned to their rightful owners.

Christopf Schaeublin, the museum's president, told reporters on Monday at a press conference that the Kunstmuseum Bern agreed to return the looted pieces to their owners after long negotiations. The agreement was signed between the museum, the federal government of Germany and the state of Bavaria. Almost 500 works will first remain in Germany until their rightful owners are found. A comprehensive report will be prepared next year with Swiss experts to confirm the owners. The shipment costs will be paid by Germany. Monika Grütters, the German culture minister, said during the conference, "Germany still has to address its responsibility toward those who were subjected to Nazi terror." Any piece looted by Nazis "will be returned immediately," she added.

In February 2012, a priceless collection of 1,400 artworks was seized by the Bavarian authorities from Gurlitt's flat in Munich as a part of a tax case investigation. The collection features works by world-renowned artists such as Picasso, Chagall, Matisse, Beckmann and Nolde. On April 3, Gurlitt, who died aged 81 one month later, pledged to return all stolen works to their rightful owners following an investigation by the government and Bavarian officials. The paintings were reportedly inherited from his father Hildebrand Gurlitt, who was one of Adolf Hitler's art dealers. His father was commissioned to sell the art works - described as "degenerate art" by Nazis - seized from the Jewish dealers.