People woke up on time before alarm clocks, but how? 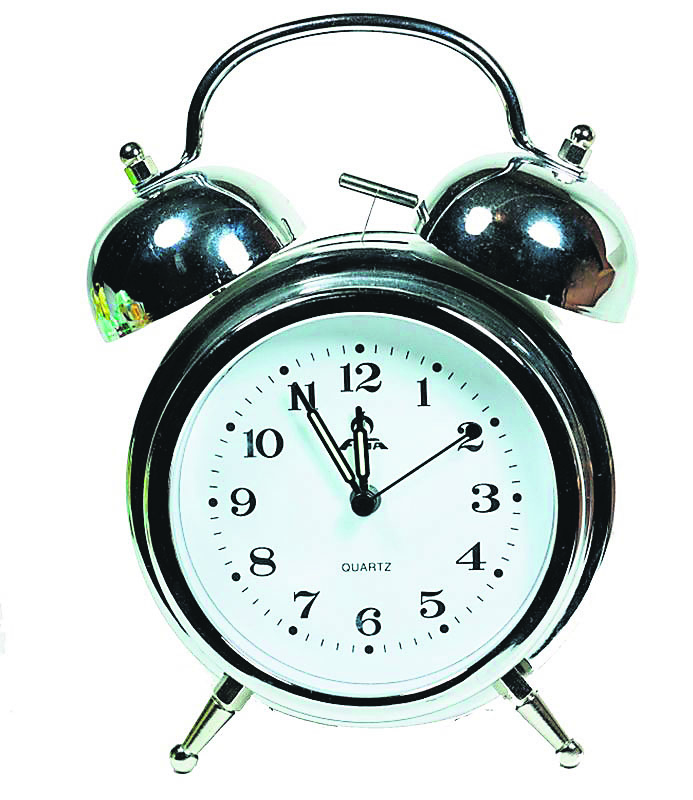 Among all the methods of waking up before alarm clocks were invented, the method of using a ‘knocker-upper,' who was someone knocking on factory workers' windows with a long bamboo stick to wake them up, is perhaps the least known

We, the people of 21st century, know by heart what dysania is, don't we? I bet we do, consciously or not, since it somehow has an impact on our lives. For those who ask for a definition, dysania is finding it hard to get out of the bed in the morning. Especially in recent years, thanks to technological improvements, we immediately grasp our smartphones under the pillow or on the bedside table, and let ourselves be carried away by a popular fad on the Internet. But have you ever thought: What if we were not woken up by alarm clocks?

The sun dictated ancient people's day and night routines for millennia. They woke up when the sun rose, and went to sleep at sunset. Roosters also functioned as natural alarm clocks with their "cock-a-doodle-doos" at approximately 60 decibels at dawn. Rumor has it that a bladder control method was invented later. When people needed to wake up before the sun rose, they drank more water than usual the night before so that their full bladders roused them from sleep. As for people from the earliest civilizations, since 300 B.C., people - even Plato himself - used water clocks to wake up. From around 960 A.D. to the 20th century, there came the candle-clocks. In Europe, but especially in China, candles had metal balls in them, and as they burnt down to a certain level, the balls fell into a metal can and made a sound to wake people up. Religious calls, be it church bells or the adhan (call to prayer), also served to wake people up.

In addition to all the methods used to wake people mentioned above, we should also mention factory whistles. During the Industrial Age, people lived near the factories where they worked, so that factory whistles could wake them up. For example, a mill hand was called by a steel mill whistle instead of roosters, twittering birds or the sunshine. But what about those who did not reside near factories? Who woke them up? The answer is not something you might easily guess: Knocker-uppers.

In England and Ireland, roughly from the 1760s to the invention of inexpensive clocks around the 1950s, knocker-uppers were responsible for waking people up, particularly in mill towns. Especially after the Industrial Revolution, knocker-uppers were paid to stay up at nights and wake factory workers at a desired time. Usually being retired workers, knocker-uppers were found unfit to work in factories. That is why they opted for being knocker-uppers and verbally had an agreement with their clients in advance to wake them up in exchange for some money. They would walk from one neighborhood to another and knock on workers' bedroom windows with a long bamboo stick until workers woke up and came to the window.

Knocker-uppers were also employed by mills or larger factories to make sure that the workforce woke up on time. A book called "Baldock Voices," written by Edna Page and Nora Penfold in 1991, depicts how residents of Baldock - a historic market town in the district of North Hertfordshire - were awakened by knocker-uppers. "The brewery employed a man to knock up the draymen at 3:00 a.m. every morning so that they would be at work by 4:00 a.m. He had a long pole with a large solid ball at the top that he used to knock on the two bricks nearest the small bedroom on each cottage. In South Road, until the recent restoration, you could see the resulting damage to the brickwork on the six cottages where the draymen lived."

In her children's book "Mary Smith," author and illustrator Andrea U'Ren follows an English "knocker-up" and observes how Mary Smith wakes up workers in her village using a pea shooter. Rather than a bamboo stick, she "passes from one sleepy house to another" in the East End of London. Respectively, she wakes a baker, a train conductor, a laundry maid, a fishmonger and finally the mayor from their sleep by shooting dried peas using a mini baton at their bedroom windows. After doing her duty, she gets back home and realizes that her daughter, Molly Moore, is sleeping. Smith then ironically struggles to wake up her own daughter. Coming back again to the present, it seems that we the people of the post-industrial age feel like Molly Moore today, don't we? We are all surrounded by alarm clocks and all kinds of smartphones, which are quasi-Mary Smith stimulators, but we still find it hard to wake up.
Last Update: Mar 07, 2015 2:16 am
RELATED TOPICS