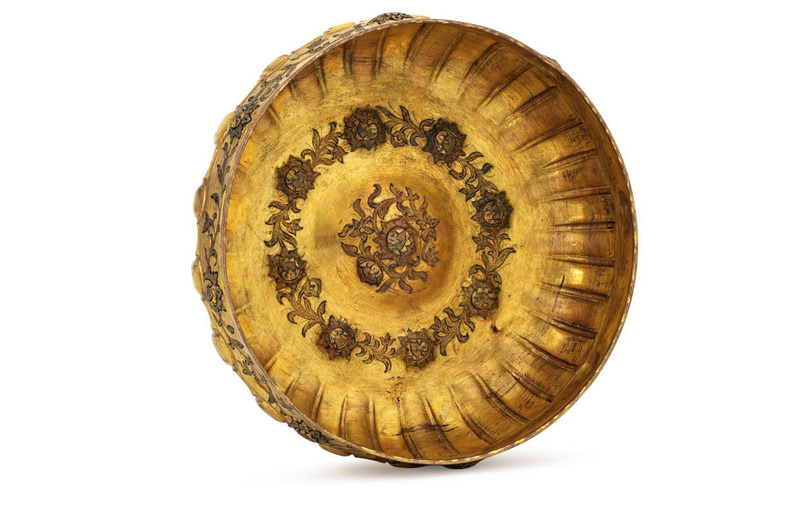 There are numerous works of art in Turkey that have been stored in attics. What if a painting that has been sitting in the corner of your house is worth hundreds of thousands of dollars? Works of art and objects that we consider old can be real artifacts

Our history goes back to the rich Ottoman Empire. Most of us have an object in the house that we believe to be valuable. From time to time, moving house, for instance, we hesitate to throw these objects away and think about whether or not they are worth something. What if the carpet that you step on every day is worth hundreds of thousands of lira or the oil painting that you left to rot in your attic is equal to a lottery jackpot? I do not want to give you false hope right away, but it is not uncommon. There are people whose lives changed by selling an old sugar bowl to a second hand shop or people whose post card collection made it to the archives of the palace. Do not lose yourselves in hope, but if there is anything in your house that you think might be worth something, bring it to light. It is easier than you think: Consult an expert. What's more, you can also conduct your own research online. Daily Sabah discussed the matter with professionals. Here is some advice from the experts concerning the hidden treasure in your home:

"My grandfather founded Öztürk Halı (carpet store) in the Grand Bazaar in Istanbul in the 1960s. I am the third generation involved in the carpet business. We might say that it is in my genes. When I was still in middle school, the Soviet Union dissolved. Back then, people who came to Turkey from Azerbaijan and Armenia tried to sell hand-woven carpets. These people were selling them so cheap that we were picking the best ones and buying them. One day, some people from Azerbaijan came to the store. My father bought some pieces but refused to buy the one I liked. So I ran after them, gathered my pocket money and bought the carpet. A European collector came by the store a couple hours later and purchased the carpet I liked, doubling its price.

"Although it is rare, antique carpets in Turkey surface. Some wealthy families are in possession of some antique carpets, but we aren't able to buy them cheap. The world has become smaller thanks to the Internet, and people are able to reach out for the information they require easily. Now, we are following tenders in Europe and the U.S., and collecting carpets from there. We usually purchase valuable carpets abroad. We receive calls from people who claim to have an antique carpet every day, but they rarely turn out to be authentic."

"People in Turkey are not aware of the real value of their possessions. There are more artifacts in homes around Istanbul than in Topkapı Palace. For instance, a woman who was visiting our tombac (brass alloy with high copper content and zinc content) exhibition that we held at Yıldız Palace said she used to have a tombac similar to the ones that were displayed, but she sold it to a secondhand dealer and got clothespins instead. When she learned the real value of the tombacs, she left the exhibition in a hurry. She found the dealer and bought back the tombac for triple the money she had sold it for. A tombac, which we placed at auction for TL 50,000 ($17,200), was sold for TL 500,000. The owner was as happy as if she had won a lottery jackpot. We usually come across 'hilyas' - a religious genre of Ottoman literature dealing with the physical description of Muhammad - in houses. People are not aware of the real value of these hilyas, which are worth hundreds of thousands of lira. People hang them on the walls of their homes without knowing what they are, as the writing is in old Turkish. The Hilye-I Şerif of Kazasker Muztafa İzzet, which sold for TL 1,150,000, is a good example. The owner only asked for TL 50,000. About 50 people consult us every day. Sometimes, our expert visits 20 houses a day. We do not charge for expert visits. The most valuable artifacts surface on the Anatolian side of Istanbul, but we come across valuable objects in Ankara, Amasya, Konya and Eskişehir. Nevertheless, we return home empty handed from time to time. While some houses turn out to be a disappointment, some house incredible artifacts."

"There are numerous objects in people's homes that they believe or have heard are valuable. It might be a watch inherited from your grandfather, a porcelain dinner set from your grandmother's dowry or your father's old pistol. The objects, which might be valuable treasures, sit in one corner of your house silently for years. Each dowry chest is a treasure. Visitors to our website mostly consult us on antique carpets, wooden objects, paintings, prayer beads, Quran manuscripts, old coins, pistols and other weapons as well as watches, old cameras, radios, vintage objects, stamps and silver objects. The objects, which were manufactured during the Ottoman period or manufactured for the Ottoman market, still decorate our houses. Vintage clothes, old cameras and radios are usually worth more than people might think. So far, we have evaluated around 250,000 vintage and valuable objects from our online and corporate customers in 2.5 years. Our customer base includes lawyers, interior architectures, private museums, corporate bodies, assurance companies, collectors and those who have inherited rare and old objects from their families or would like to buy or sell vintage objects. To illustrate, we once came up with a seal. The collector could not read it, as he did not know Ottoman Turkish. Following our evaluation, we found out that it belonged to an important calligrapher, and its value increased 300 times. We also assess old photographs and books. A book written in Ottoman Turkish is now in use at a university."

How should valuable objects be protected?

It is difficult to protect a valuable object because its protection is harder than its production. It is therefore necessary to keep it in convenient conditions. The maintenance should be carried out by experts. Each object requires different protection and restoration rules. An object can lose its value, if it is not restored by experts. Experts recommend proper restoration and display in a clean place. They should not be exposed to direct sunlight.
RELATED TOPICS