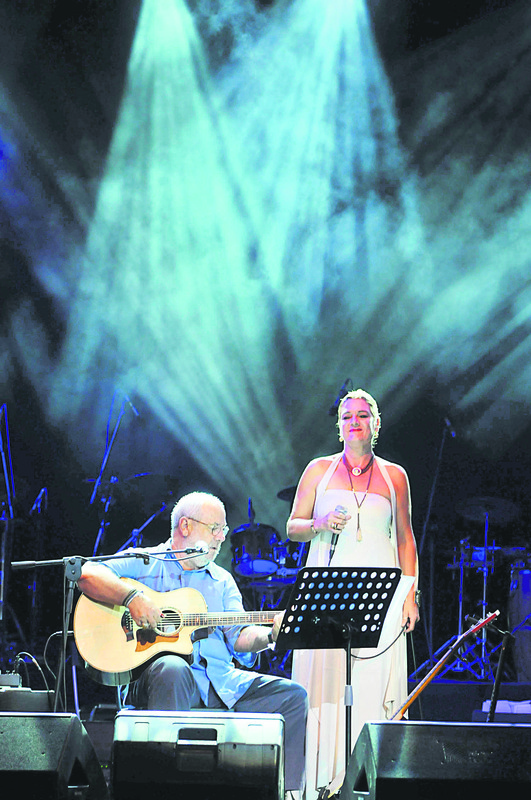 by Daily Sabah Dec 07, 2015 12:00 am
Bülent Ortaçgil has recorded many albums and composed some of Turkey's most unforgettable songs during his 45-year career. The musician has influenced many artists in Turkey and recently introduced another album "Sen." Ortaçgil always produces timeless compositions and he is a master of voice and guitars. Birsen Tezer released her latest solo album "İki Cihan" and collaborated with Ortaçgil in a duet, "Kimseye Anltamadım." Following their first collaboration, Ortaçgil and Tezer did not stop making music together. Tezer was a guest artist in Ortaçgil's album "Söylenmiş Şarkılar" and his latest album "Sen." One of the most important vocalists of our time, Tezer and Ortaçgil will share the stage and offer Istanbulites and unforgettable performance. Ortaçgil and Tezel will perform tomorrow at Zorlu Performing Arts Center.