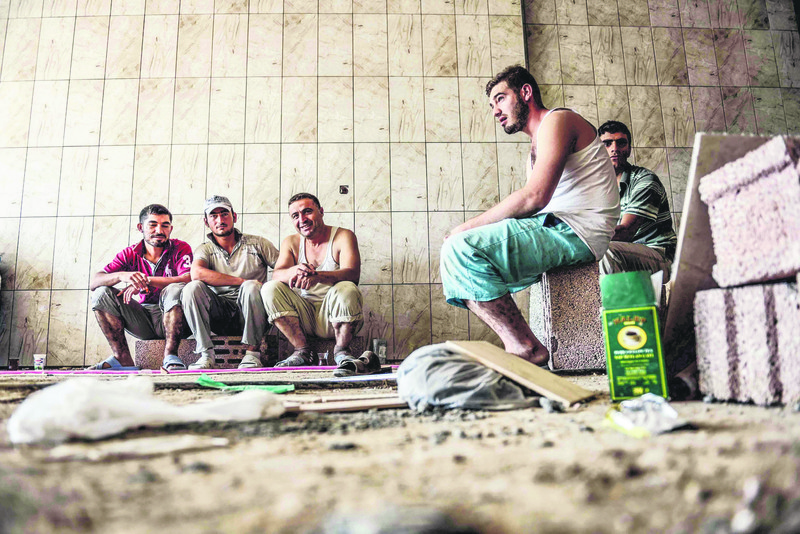 by Miraç Tapan Dec 08, 2015 12:00 am
The photograph exhibition "GeçErken" (LatEarly), which tells of the struggle of Syrians who have left their homeland to build a new life, is on display at Kadıköy Municipality Caddebostan Cultural Center. The exhibition showcases Aylan, whose dead body hit the Aegean shore, 13-year-old Kenan begging Hungarian authorities to let him go and Muhammad, who lost two of his children in bomb attacks. Syrian refugees who risk their lives to start a new life are captured on camera.

Some of these striking photos unveiling the lives of Syrian refugees are exhibited at Caddebostan Cultural Center. Photographers Kerem Yücel and Natalia Sancha and journalist Serdar Korucu listened to the stories of refugee families in Batman and photographed their struggle for life as a part of the Hayata Destek Foundation's project. The works displayed under the title of"GeçErken" shed light on the people whose lives were turned upside down due to the civil war.

The exhibition also aims to highlight that it is not too late to help those people and that we can do more as these people, who have nowhere to go, pass through our lives. Organized by the Hayata Destek Foundation with contributions from European Commission Humanitarian Aid and Civil Protection Funding, Germany-based aid association Diakonie Katastrophenhilfe, the exhibition can be seen at Caddebostan Cultural Center until Dec. 18.
Last Update: Dec 08, 2015 11:23 pm
RELATED TOPICS