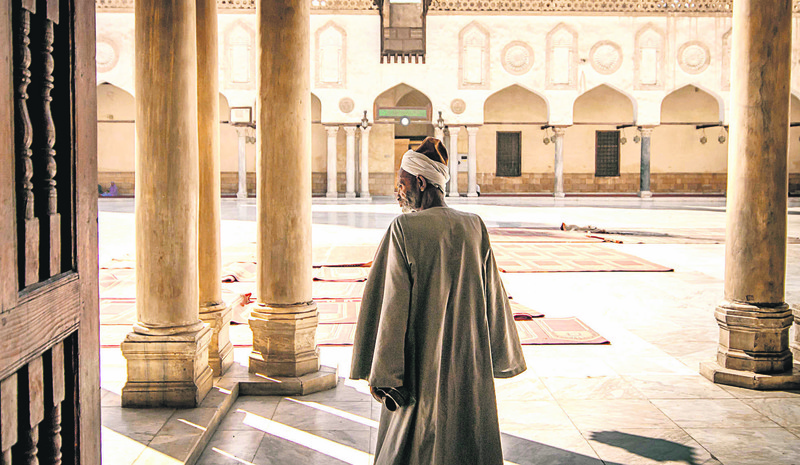 by Daily Sabah Dec 10, 2015 12:00 am
Photographer Ekrem Arslan's exhibition "Pertinentes" is being displayed at the Yüksel Sabancı Art Center and will run until Dec.11. Focusing on the historical and sociological aspects of Cairo's architecture, the exhibition features a total of 56 photographs taken by the artist while he was in Cairo for his master's studies. "Pertinentes" examines the region known as "Old Cairo," which was constructed during its time as a major center of the Islamic world, and questions what makes a piece of land a city. Commenting on the content of his exhibition, Arslan said that "Pertinentes" is not just an artistic work but also examines the history of Cairo society. "I started with one question: What makes a city an actual city? Then, I explored how an establishment acts as a protective power for culture and captures the mentality of a nation. The exhibition aims to discover how modern people have become the heirs and representatives of a civilization even though they did not contribute to the process," said the artist at the opening ceremony of his display. Arslan will hold another exhibition, "Abject," in September 2016. "The upcoming display will reveal the clash between modernism and the inherited culture of communities. In "Pertinentes," the audience sees how people are connected to their past; however, the upcoming display will show what happens when people become distant from their roots," the artist said, adding that "Pertinentes" will be showcased across Turkey and abroad.

Director, producer and writer, Ekrem Arslan has been a part of numerous film productions and television programs as well as numerous national and international documentaries and photography projects during his career. Currently, the artist is working as a producer and director at the Turkey based television channel, ATV. He also writes articles and critical pieces on visual arts for Sabah Daily, a Turkish daily newspaper, the Kulis Theater Magazine and Melamet Magazine. Arslan is an academician working with Tıldız Technical University's Faculty of Art and Design. He offers courses on film production, scriptwriting, photography and directorship of cinematography at various other education institutions as well. The artist is also the founder of "Zifirhane," an institution in the field of visual arts.
RELATED TOPICS